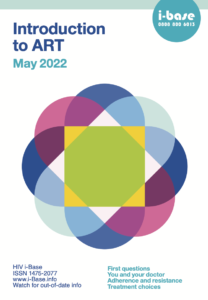 The following new drugs and formulations might become available in 2022/23.

Learning about new research shows how your care might change in the future.

How quickly these drugs become available in the UK will depend on several factors.

Islatravir is a new type of nuke that is being studied for HIV treatment and for prevention (PrEP).

It is being used in combination with the NNRTI doravirine and with other research drugs.

Most of these studies were either stopped or put on hold in December 2021. This is because of concern that a side effect might reduce CD4 counts.

We will update this page as new information becomes available.

Lenacapavir is a new type of HIV drug called a capsid inhibitor.

It is currently only available in research studies.

Lenacapavir is given by a subcutaneous injection (under the skin, rather than into a vein or muscle).

It is given every six months (ie twice a year), but needs to be taken in combination with other HIV drugs.

bNAbs are an immune-based treatment. As well as reducing viral load they might also make your immune system stronger.

Although one bNAb called ibalizumab is approved to treat HIV drug resistance, many others are being studied.