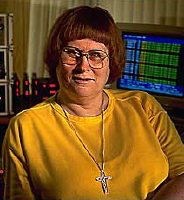 For more than two decades, AEGiS was the largest and most comprehensive online HIV library.

It was also one of the first organisations to prioritise open-access to resources on HIV and AIDS.

Founded in 1990, AEGiS was initially developed from a global network of HIV bulletin boards. There were an early form of internet discussion group where for the first time people could use the internet to connect instantly with people in different countries.

In addition to sending out daily international news from the general press and medical publications, the site hosted a diverse range of community resources and developed an online archive of abstracts from medical conferences. Many of the documents in the archive were only available because of AEGiS and the resource covered both before and after effective HIV treatment.

i-Base is one of at least four organisations who now hold a copy of the AEGiS database.

Unfortunately the archive is too vast – at around 4 terabytes – to simply add this easily to the i-Base site. i-Base can also make the full database available to individual researchers at the i-Base office, although this will need to be by individual arrangement. We will also ensure it joins any future i-Base archive. This access to our history is important.

AEGiS was developed by Sister Mary Elizabeth, a community and transgender activist and siser based in the California. For much of the time AEGiS was a volunteer project run from home, sometimes with staff support when funding allowed. This team included Jeff Greer, Vanessa Robison, Lisa Hoskins, April Ele and Betty Canepa.

In addition to winning numerous awards for AEGiS, Sister Mary has the distinction of being the only person known to have served in the US military as both a man (where he was commended for service, but later discharged) and as a women (having re-enlisted in the army reserve after gender reassignment in 1975, and again later discharged). She successfully challenged the discrimination and the way she had been treated based on her gender – achieving an honourable discharge that recognised her years of service – and used the settlement to fund AEGiS.

Sister Mary is one of the early AIDS activists who over decades shaped the community response to HIV. i-Base is proud to be able to play a small part in maintaining awareness of this unique contribution.