Quad approved in US: cost may limit use in Europe 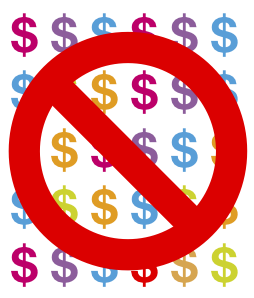 NOTE 1: this article has been modified since the original posting to include UK prices for Atripla and qualify US pricing. Gilead UK have so far been unable to discuss either UK or US pricing but comments from the company will be added when we have them.

NOTE 2: In September 2013, Stribild was approved for use in England, indicating that the NHS has negotiated a reduced price with Gilead that is likely to be be comparable to similar combinations.

On 27 August 2012, both the US Food and Drug Administration (FDA) and Gilead Sciences issued news releases confirming the approval for Quad, a new 4-in-1 combination pill. [1, 2]

But the expected welcome for an important new option for treatment may be squashed by the indication that Gilead plan to market Quad at a price that would exclude access for most HIV positive patients in Europe.

Quad looks set to be launched in the US at a significantly higher price compared to current market leader Atripla, which is also marketed by Gilead.

While drug pricing can be complex, a similar price differential launched in Europe, and certainly in the UK, would see Quad placed securely on the top shelf, where it could perhaps be seen, but would be well out of the reach for all but the wealthiest citizens or health care providers. It is a move that will make it unlikely to find its way into the bloodstream of patients, where it might have been able to demonstrate its marginal level of non-inferiority compared to current options: a non significant 4% difference in the percentage of patients with undetectable viral load after 48 weeks of treatment. While Quad offers potential advantages in care, these were not demonstrated in the clinical trials that led to approval based on finding it is “not likely to be worse” than current treatment. Without demonstrable advantages, public health care providers, including the NHS, are likely to find it difficult to make a case for its routine use.

The annual wholesale acquisition cost (WAC) for Quad is expected to be $28,500 (approximately £18,000) and compares to $21,000 for Atripla*. The list price for Atripla in the UK is just over £7,500 (British National Formulary). Although Atripla is one of the most widely prescribed combinations, use of this 3-in-1 tablet is likely to change as the patent comes to an end for one of its component drugs. When this occurs in 2013, the economic pressure on public health systems is likely to lead to switching to prescribing the individual drugs as separate pills. Unless Gilead reduce their price for Atripla to reflect these market changes, the NHS will shift to effective generic alternatives to save millions of pounds annually. Health care systems in the US are predicting similar changes: with a potential to save close to $900 million if a similar policy to switch to generic versions of efavirenz and 3TC was adopted. [3]

New drugs are commonly marketed at a higher price than existing treatments. This is usually justified by a company to cover their research investment and to recognise qualitative benefits from a demonstrably more effective medicine. As many early HIV medicines come to the end of their patent life, the sustainability of this model is in question, especially for health care systems that are already creaking under the burgeoning role of universal care. A more realistic model – and a long standing activist demand – is for new drugs to be comparable to existing options, and a company should benefit from increased profits based on widespread use of better medicines, not from excessive profits derived from a much smaller number of patients paying exorbitant prices. Health care should not be based on exclusive branding like cars or mobile phone technology.

The strategic decision to price Quad beyond the reach of most people threatens to undermine Gilead’s reputation with doctors, researchers, patients and ultimately shareholders. The easiest way to recoup investment costs for development of a new drug is to price it at a level where it will be widely used. The current proposed price will make it impossible for activists to argue for patient choice when scarce funding is merely being diverted to pharmaceutical profits. Ultimately, most people in Europe look set to continue on existing treatments only, and new approvals will become only aspirational care, lanquishing underutilised until their patent expires, just after the announcement of a cure.

The missed opportunity by Gilead to market their newest approval at an affordable price for Western markets casts a dark shadow over their remaining development pipeline which includes several other single and reduced pill formulations, including to the new integrase inhibitor (elvitegravir) and a booster drug called cobicistat (both included in Quad). This short-sighted decision, unless reversed, jeopardises patient care far more seriously than any other drug price launch in the last ten years. [4]

It may also miss its window of opportunity for the optimum time to increase use. Another single-pill integrase combination based on the integrase compound dolutegravir is already advanced in studies, though if joint developers Shionogi/ViiV follow a similar pricing strategy it will also become difficult to use. Ultimately patients lose out. Current treatments are effective but also far from perfect. Atripla, despite elevation in clinical guidelines is difficult to tolerate for 20 percent of patients, with rare side effects including an increased rate of suicide. This is not a reason to premium price Quad though, but it is an indication of the size of an unmet medical demand. New treatments are needed but subtle differences seen in studies will not persuade the NHS to pay for them.

Last month Gilead posted second quarter financial results that include antiviral product sales of over $2 billion in this three month period and that this was a 14 percent increase compared to 2011. This included a 10% increase for Atripla taking sales during the period to over $900 million, a 10% increase for Truvada (the combination of tenofovir and FTC, also included in both Atripla and Quad) to over $785 million and a 16% increase for tenofovir with sales over $215 million. [5]

The increased use of all medicines was driven by greater increases in the US compared to Europe, where sales for tenofovir actually fell by 2% – an indication that a switch to competitively priced but less expensive alternatives is already taking place.

The FDA’s own press release for approval of Quad was somewhat ominously prescient in announcing “FDA approves new combination pill for HIV treatment for some patients”, where “some” could be interpreted as a euphemism for “exclusively wealthy”.

Gilead have so far said they will not comment on the cost of Quad in Europe.

Quad is a formulation of four compounds, all developed by Gilead: elvitegravir, cobicistat, tenofovir and FTC. It is a once-daily treatment, and can be taken with or without food.

Atripla is a formulation of three compounds: efavirenz, tenofovir and FTC. It is marketed by Gilead and Bristol-Myers Squibb.

* WAC prices reflect the price wholesalers are asked to pay for a drug, and is set by the manufacturer. It is the catalogue price before rebates and discounts are given for things like volume purchasing (and before retail markups and discounts are calculated). This is different to the average wholesale price (AWP) referred to in the US DHHS guidelines. AWPs are largely benchmarks used by public and private payers and are calculated by third-party institutions. The the AWP can be 20-30% higher than the WAC. This suggests that Quad is also being priced higher than raltegravir plus tenofovir/FTC.