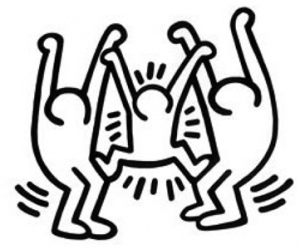 There is good news for couples in this situation.

Recent large studies, notably The HIV Prevention Trials Network (HPTN) Study 052 and the PARTNER study showed no transmissions from anyone on ART with undetectable viral load.

Successful ART is as effective as consistent condom use in limiting transmission and this is recommended for safe conception in the UK. Importantly, this is provided:

Doctors in the UK are recommended to discuss the impact of ART on transmission with all HIV positive people.

Timed intercourse, when the women is most fertile, is recommended for conception in couples that generally prefer to use condoms as well as ART. Occasionally PrEP might be recommended for the negative partner.

I have lived with HIV for so long that I don’t remember what it’s like to live without it. I found it difficult to be HIV positive at first. But once I learned to live with it, I decided to start having a life again.

I realised I could do all the things that I thought HIV made impossible. I thought I could not live over 25 years, or ever have a successful relationship or children!

So I told my partner, who is HIV negative, that I would love to have a child and he agreed.

We talked about how to do this and the possible options. We settled on the least complicated option – unprotected sex during my ovulation period. In a couple of months, I conceived!

My pregnancy was relatively easy. My obstetrician strongly advised that I go for a vaginal delivery as my viral load was undetectable.

My son is now five and half years old, HIV negative and very healthy. He is in year one at a school that he loves and he’s doing very well. He has made lots of friends and loves to have a laugh. He’s a cheeky little fella who orders me about but I love it. I am forever grateful and enjoy motherhood to the full.