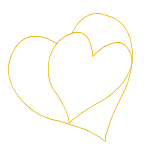 Associated drugs: some protease inhibitors and some nukes

Glucose is a type of sugar. Your body relies on glucose to provide energy. A hormone called insulin processes the sugar and allows it to enter cells.

Insulin also regulates production of new glucose by the liver, levels of glucose in the blood, and metabolic aspects of fat cells.

Insulin resistance is the term for when this system fails to work properly. Although your body produces more insulin to compensate, if insulin resistance continues, and sugar levels remain high, you can develop diabetes.

Insulin levels are difficult to measure, but glucose levels, usually checked by fasting or non-fasting blood tests, are routinely used for monitoring risk.

The two main types of diabetes are Type-2 and Type-1.

However, it is also sometimes helpful to think separately about diabetes that is a side effect. So sometimes drug-induced diabetes is referred to as a third type.

Type-2 diabetes mellitus (T2DM) is more common as an adult illness. It usually develops slowly. It can take years for mild insulin resistance to progress to diabetes.

Some protease inhibitors can increase glucose levels and the risk of Type-2 diabetes.

Drug-induced diabetes is useful as a third type because it was primarily caused as a side effect, rather than being driven by either lifestyle factors or genetics.

Commonly-used drugs that can affect glucose regulation include corticosteroids and some drugs to reduce high blood pressure, or lipids. Some early HIV drugs were also linked to a higher risk of diabetes.

High untreated blood-sugar is related to many long-term health problems.

This can include the kidneys, nerves, eyes and vision, risk of heart disease and stroke, erectile dysfunction in men and pregnancy complications in women.

Diabetes can increase the risk of having a heart attack as much as smoking.

Fat and sugar metabolism are also closely linked and insulin resistance is a complication of HIV therapy that is getting more focus. It is directly related to some protease inhibitors and possibly indirectly related to older nukes through their effect on fat distribution. Changes in blood glucose levels and insulin sensitivity are closely related to other symptoms of lipodystrophy.

As with HIV-negative people, mild insulin resistance can be managed by diet, exercise and stopping smoking.

Switching drugs associated with increases in blood-glucose is recommended when appropriate. This involves you and your doctor discussing the risk vs benefit for each of these drugs and whether there are better alternatives.

Symptoms of high blood-sugar, and diabetes

Tests to diagnose and monitor glucose and insulin levels

Measures blood sugar after an 8-hour fast. This should be measured before starting and after switching treatment, and at least annually after this.

Fasting levels over 5.6 mmol/L in plasma indicate insulin resistance, and the need for an oral glucose tolerance test (OGTT).

Unfasted glucose levels are less accurate but are taken shortly after someone has had something to eat or drink. If it is greater than 5.17 mmol/L other tests are run. Diabetes is over 11.1 mmol/L.

Monitors levels of glucose every 30-60 minutes for two hours after fasting for 8-hours and then drinking a measured glucose drink. Healthy glucose on this test should be less than 3.62 mmol/L. If it is greater than 5.17 mmol/L other tests are run. Diabetes is over 11.1 mmol/L.

This tests how much glucose adheres to red blood cells. It is used to determine average glucose levels over several months. Normal range for someone without diabetes is 4-6% and managed treatment for someone with diabetes should aim to keep this under 7%.

This is where  insulin is infused by intravenous line, and glucose given until normal blood sugar levels are reached. This is expensive and again is rarely used.