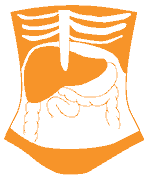 Your liver is generally a strong organ. Its job is to filter chemicals from your blood. It usually does this very well.

A lot of people worry about the perceived damage that medications can have on the liver. Most drugs however, including HIV drugs, are actually easily processed without problems.

Only a few HIV drugs have been linked to liver problems. This is why routine blood tests check your liver enzymes (ALT and AST). Liver toxicity becomes a more complicated problem when alcohol use or viral hepatitis have damaged the liver.

Nevirapine is particularly associated with liver toxicity and the information leaflet that comes with your meds includes a ‘black box’ warning. Liver toxicity has also been reported with efavirenz, ritonavir and – due to the higher ritonavir dose – tipranavir.

The following factors can increase the risk of liver complications from HIV treatment.

Your doctor will normally test your liver function at the same time as testing CD4 count and viral load.

If you have hepatitis or previous liver damage, therapeutic drug monitoring (TDM) should be used if you are using protease inhibitors or NNRTIs, you might need to use a lower dose.

When taking anti-HIV drugs you should report any side effects to your doctor. Especially if you have abdominal pain, nausea and vomiting, yellowing of the skin or the whites of the eyes.

When liver toxicity is suspected, the drugs will normally be stopped to allow the liver to rest and return to normal. When the liver tests have returned to normal HIV drugs might be restarted. This is often with a different combination of drugs or reduced doses.

The risk of nevirapine-related liver toxicity is different between men and women. This risk is related to CD4 count when starting treatment.

These CD4 upper limits are not thought important if you already have an undetectable viral load and are switching one of your current drugs to nevirapine. They do not relate to pregnant women who are using a single dose of nevirapine as part of treatment to reduce the risk of transmitting HIV to their baby.

Nevirapine must be taken as one tablet (200 mg) once daily for the first two weeks.

Only if you have none of the symptoms listed below and your liver function tests are within the acceptable levels can you increase your nevirapine dose to one tablet (200mg) twice a day.

Blood samples should be taken every two weeks in the first two months to check liver function, then at the end of the third month, and then every three to four months if they are within normal limits.

During this first eight weeks you should contact your doctor straight away if you have any of the following symptoms:

Your doctor will do another liver function blood test if you have one of these symptoms.

If the results are not higher than twice the normal limit, and depending on the severity of your symptoms, a decision will be made whether or not to continue with nevirapine. If a decision is made to continue, you will be very closely monitored to ensure that the symptoms do not progress or your liver function tests get worse.

If your liver tests get to five times the normal limit or mild symptoms get worse, then your nevirapine must be stopped. Your doctor will recommend whether you need to stop all your treatments or just switch the nevirapine to another drug.

If you stop nevirapine for these reasons, you must not take it again in the future.

Hepatic steatosis is a medical term for ‘fatty liver’. This can develop from alcohol use, hepatitis, obesity and drug toxicity with the family of HIV drugs called NRTIs (nukes).

Ultrasonography is a sensitive, accurate, non-invasive screening tool to detect steatosis as this is not always shown in liver function tests.

Steatosis is also common in HIV-positive children. It has no impact on disease, testing or management.