The following graphic images open as individual images and can be enlarged when printing to use as handouts. 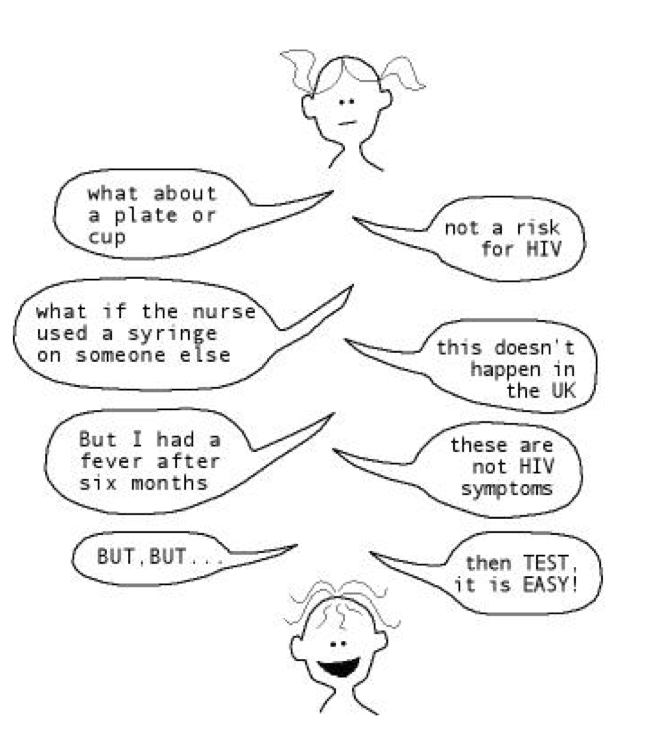 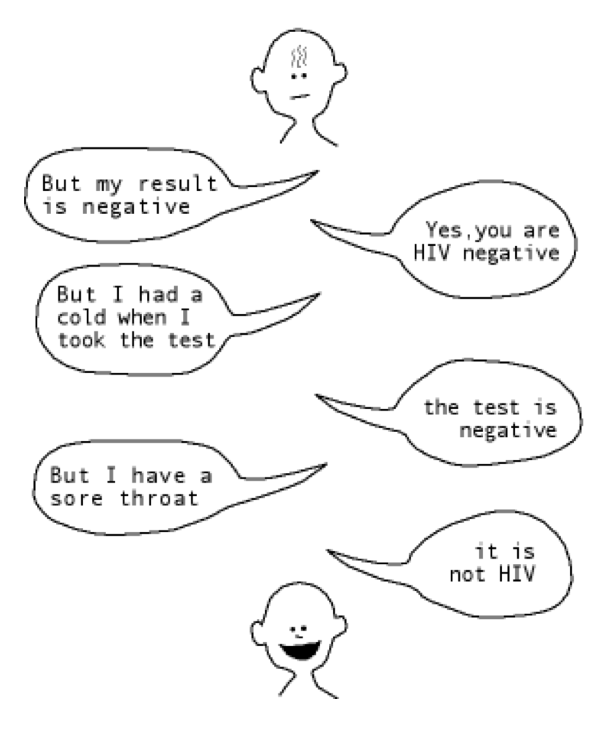 How can my partner test positive and I test negative? 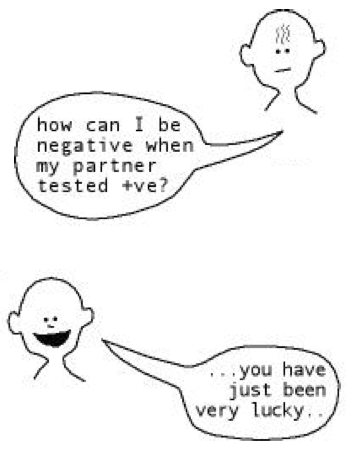 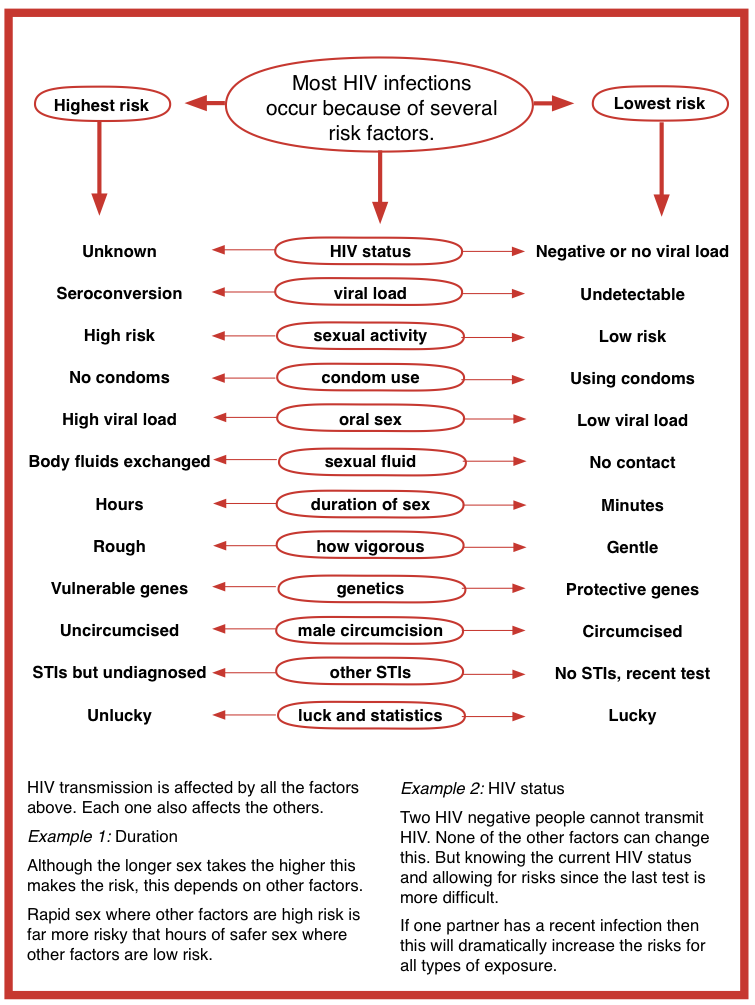 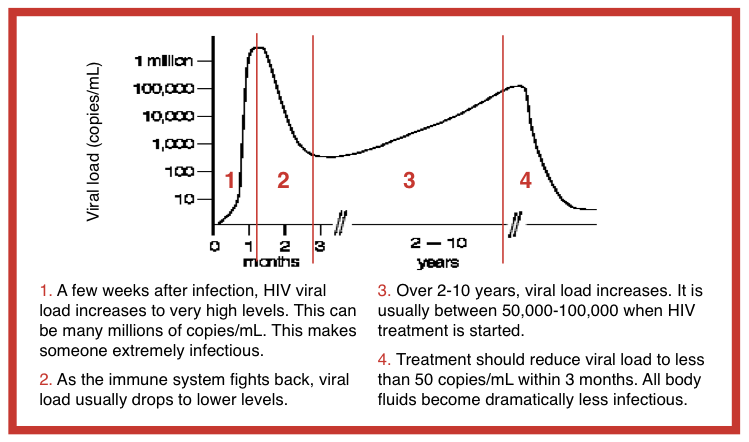 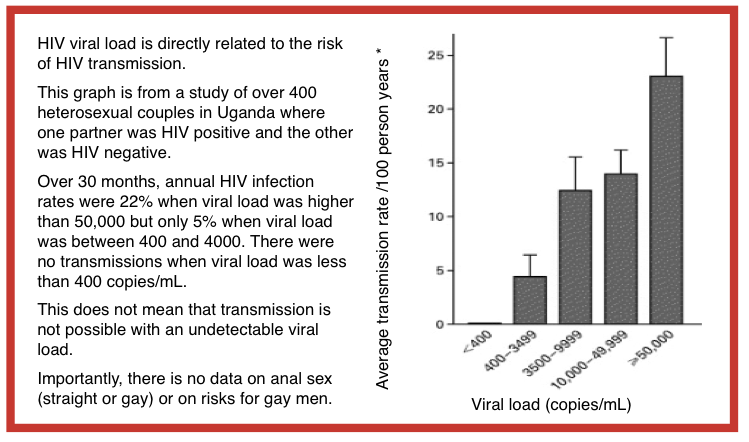 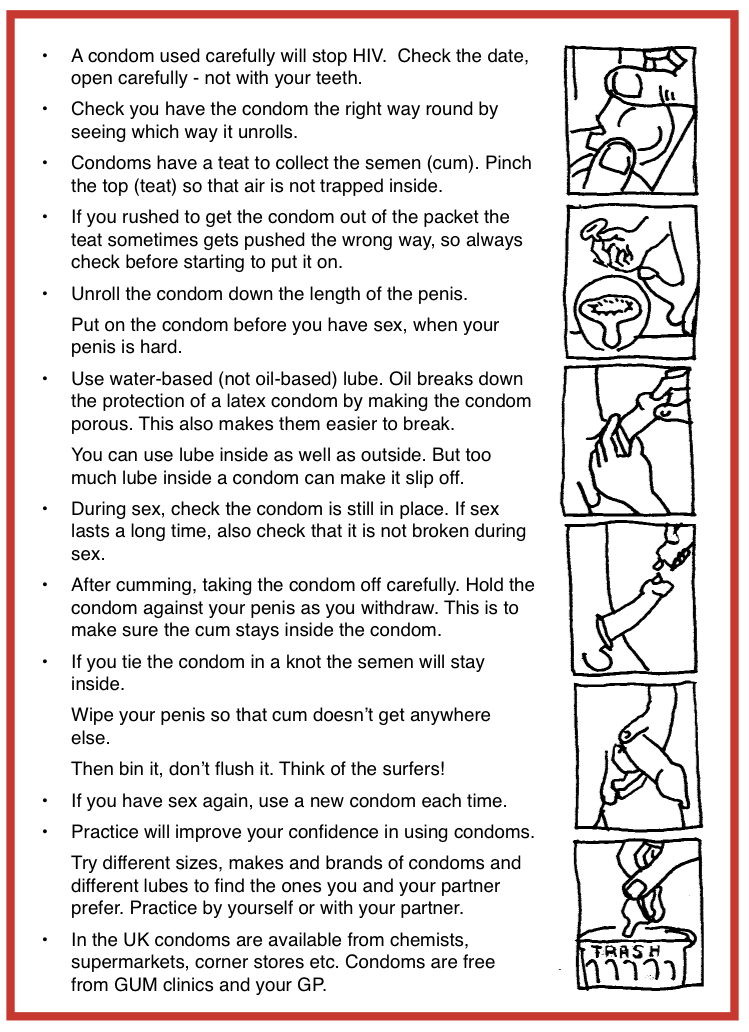 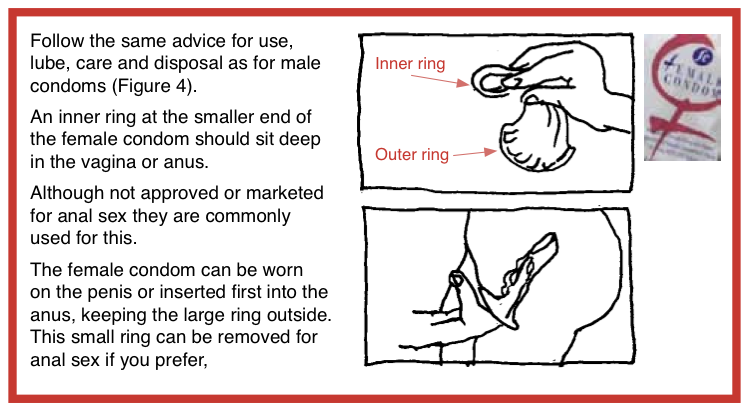 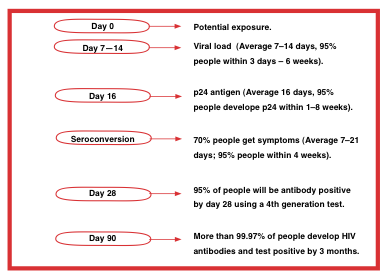 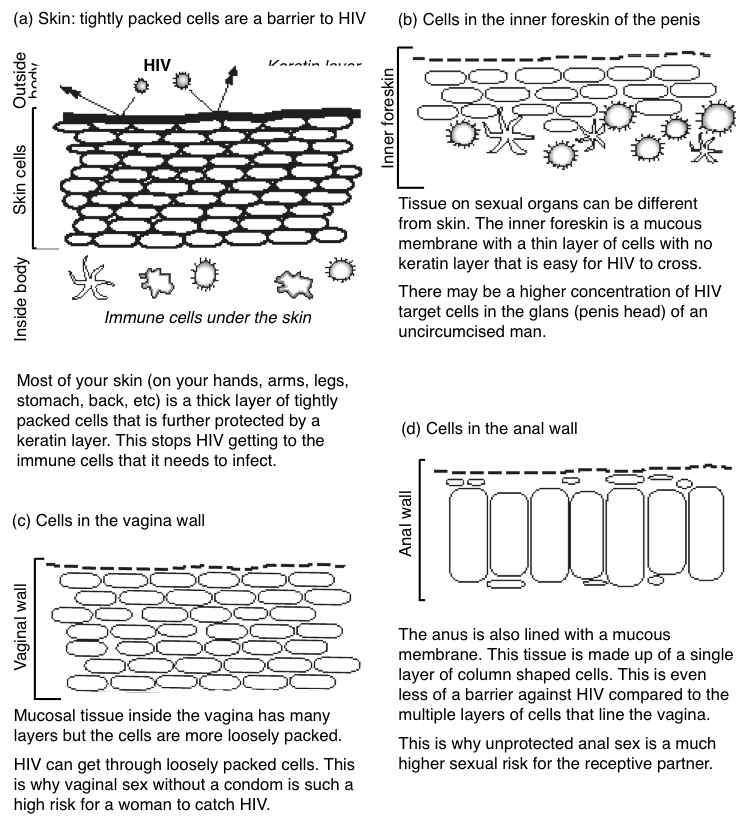 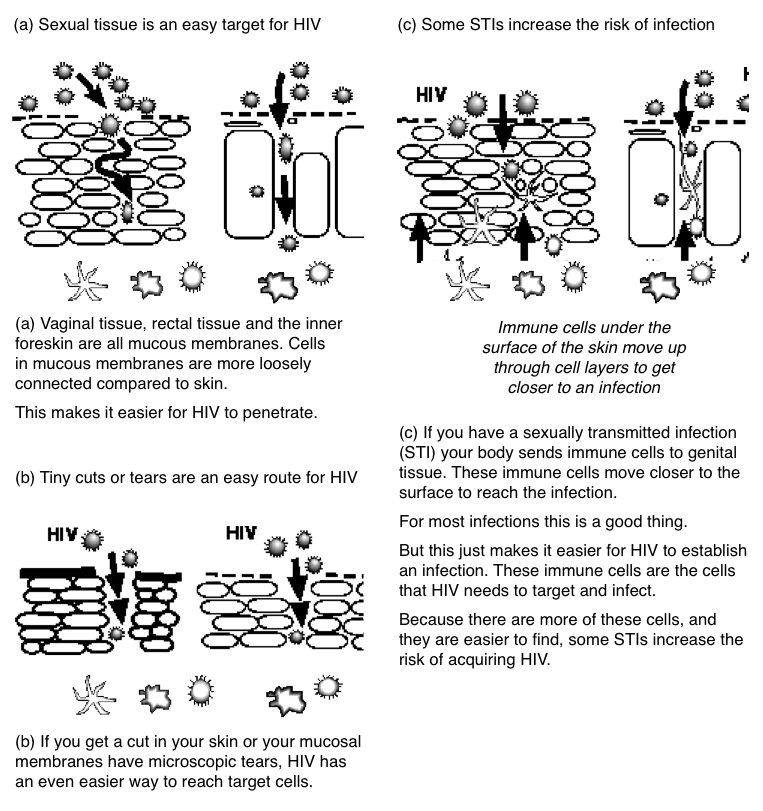 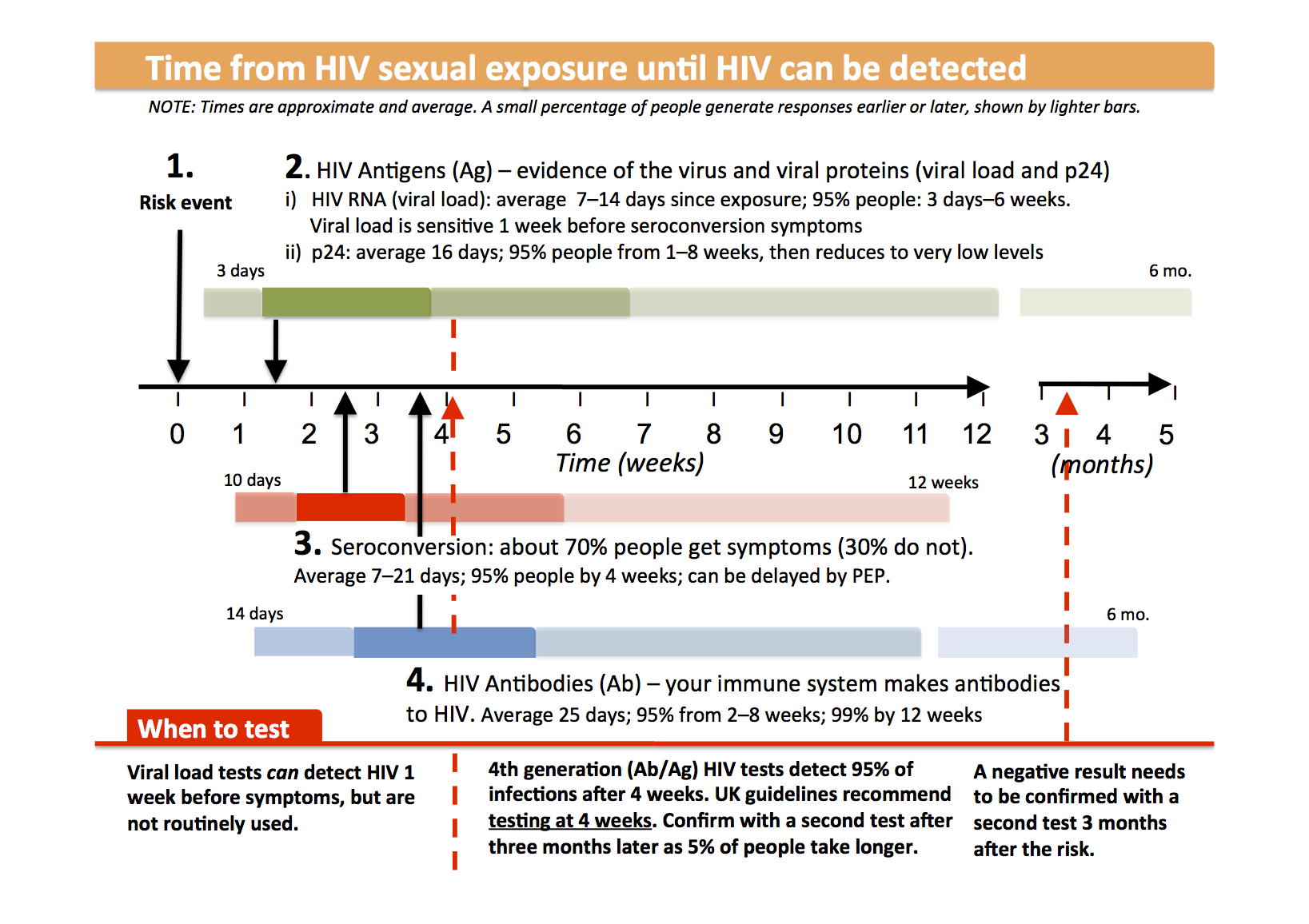 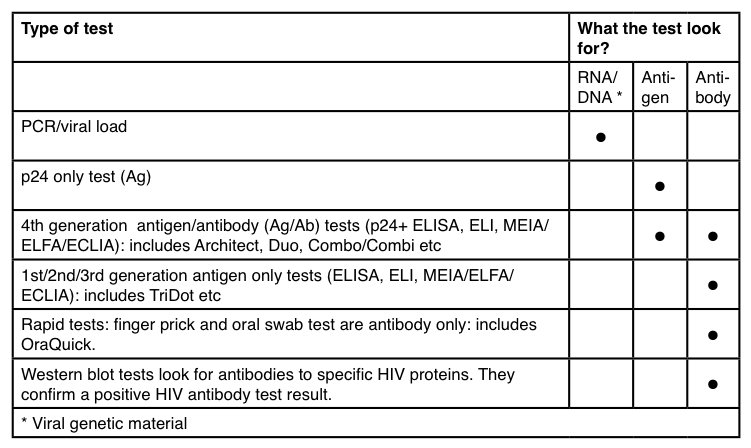 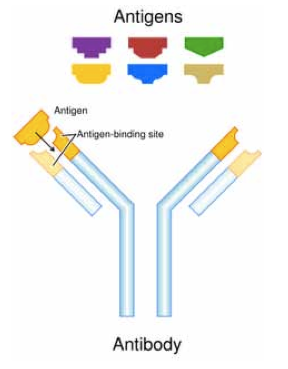 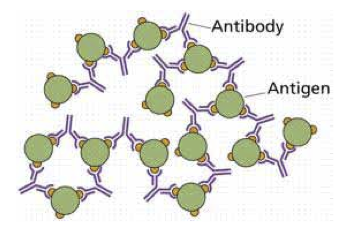 You and your partners HIV status

Sexual activity and condom use