From the i-Base guide to changing treatment (2015)

Figure 4: How one mutation can stop some drugs working 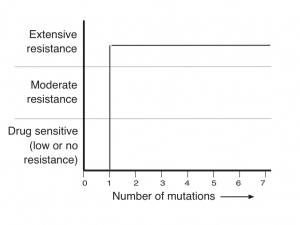 Some drugs stop working after only one mutation.

These include NNRTIs (nevirapine, efavirenz, rilpivirine and etravirine), integrase inhibitors (raltegravir) and some nukes (3TC  and FTC). 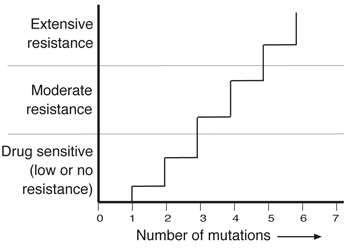 With some other drugs, the first one or two mutations make little difference.

If you continue taking the same drug, more mutations will develop that eventually stop the drugs working. These include most PIs and some nukes.