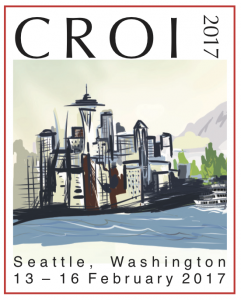 The 24th Conference on Retroviruses and Opportunistic Infections (CROI 2017) was held in Seattle from 13-16 February 2017.

More than 4000 researchers and health workers (and a good inclusion of community activists) worked through more than 1000 studies presented at the meeting.

Luckily, CROI supports open access to the conference materials online, including comprehensive webcasts of all oral presentations – available immediately after each session.

The programme for the meeting and abstract books can be downloaded as PDF files.
http://www.croiconference.org/electronic-materials

The searchable abstracts database links directly to PDF files for most posters.
http://www.croiconference.org/abstracts/search-abstracts

CROI is one of the leading scientific HIV meetings. But despite the last minute reversal of the proposed US travel restrictions, many delegates were suggesting that if similar entry restrictions are reimposed, then international medical conferences should perhaps not be held in the US and that CROI could be moved to Mexico or Canada.

This detracts nothing from the leading work by IAS-USA and US scientists. It is a way to refuse to normalise racist policies than exclude global inclusion in medical conferences.

And the exciting news: there will be much to report, especially in the following areas: