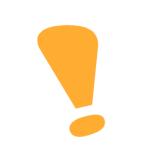 The main side effect associated with abacavir is a hypersensitivity reaction (HSR) which used to occur in around 5% of people. However, using a screening test (called HLA-B*5701), reduces this risk to less than 1%.

However, a screening test (called HLA-B*5701), reduces this risk to less than 1%. This test is recommended in the UK before using abacavir.

HSR means that the body is oversensitive to a drug. Hypersensitivity reactions can also occur with raltegravir, dolutegravir, nevirapine, T-20, fosamprenavir and cotrimoxazole (Septrin). Genetic tests are only available for abacavir.

Hypersensitivity reaction to abacavir occurs during the first six weeks of therapy in over 90% of cases. Rarely, it can occur much later without any previous symptoms.

You need to know the symptoms of abacavir HSR before starting therapy, even if the B*5701 genetic test is negative. If you get symptoms from two or more of the following groups, call your doctor straight away.

These general symptoms can be mistaken for other illnesses including cold, flu and chest infections, especially during the winter.

A few people who test negative for B*5701 might still get HSR.

If the symptoms get progressively worse each day it is an indication that this is HSR. A rash is not always present.

Do not stop taking your medication until you have seen a doctor and a diagnosis of hypersensitivity has been made.

If you stop using abacavir before you have seen a doctor with these symptoms then you will not be able to restart, as hypersensitivity cannot then be ruled out. This means you will be reducing your future treatment options.

If HSR is diagnosed by a doctor then abacavir will be stopped straight away. These symptoms should then disappear very quickly after abacavir is stopped.

Abacavir must never be restarted at any time in the future if you have had the hypersensitivity reaction, as this can prove fatal.

Abacavir is also included in these formulations: