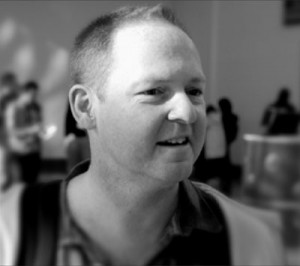 It was with great sadness that as delegates arrived for the Annual BHIVA Conference they learned that Professor Martin Fisher had died unexpectedly on the eve of the meeting.

This was particularly difficult because Martin was so strongly associated with developing the HIV and care services in Brighton where the conference was being held and because he was one of the most active members of BHIVA with a key role in organising the meeting.

As a doctor and researcher, Martin’s career was rooted in the importance of healthcare coming from the community and a belief that patient care should be individualised. His frustration with services that were anything other than the best, meant that he was always one of the first people to understand when new advances needed an active response.

Martin had always supported community activist projects, including i-Base, and it is difficult to think of an important aspect of HIV care that ignored.

Just a few of these strongly community-driven challenges included the importance of adherence, access to New-fill for lipoatrophy, of lifestyle changes for HIV positive people (smoking, exercise), responding to HCV epidemic in HIV positive gay men, of including patient advocates in NHS clinics and in pressing access to PrEP for HIV prevention. He was the only doctor we knew who stopped smoking in order to be able to look his patients in the eye when telling them that quitting was important for their health.

It was unlikely that most of Martin’s patients knew of his critical role for years as an active member of UK professional organisations BHIVA and BASHH, where he served on guidelines panels for at least the last 15 years, helping to ensure national standards of care, and leading HIV trainings for new doctors in the UK and Europe.

It was more likely that his patients had insight into Martin’s spirited sense of fun. The hundreds of pictures projected on three screens in the main conference hall for the tribute held at the BHIVA conference – played to Bowie’s “Heroes” – showed just a glimpse of a man who new the importance of finding time to enjoy friendships and life.

The loss felt by those at the conference was palpable, and personal and moving. And it was something everyone would have wanted for him to know.

Martin’s impact was extraordinary and he will be deeply missed.

A foundation is being established to celebrate and take forward the legacy of his work to treat HIV positive people with dignity, compassion and respect and focus on the development of new strategies for effective treatment and prevention.
http://www.martinfisherfoundation.org