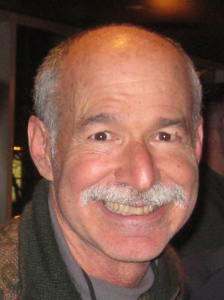 It was with great sadness that in the week before IAS we learned of the death of Dr Robert Munk, a long-time US activist, friend and colleague.

We cannot remember a conference over almost twenty years that Bob did not attend, and of course he preceded us in this work by at least a decade. As a small tribute, our reports from IAS 2015 are dedicated to his work.

Bob was one of the first US activists that we met in the late 1990s while we were working at AIDS Treatment Project.

Community meetings back then were often lively and Bob was notable for his steady calmness and kindness in interactions that could otherwise be energetic and sometimes volatile. The tributes that have followed his death have all focused on this gentleness and on his generosity to other activists.

Bob also worked internationally and was one of the few long-term US members of the European AIDS Treatment Group (EATG).

Since 1997, Bob started and developed The New Mexico AIDS Infonet resource (www.aidsinfonet.org) of non-technical fact sheets that was unparalleled for both the breadth of the subjects and the insistence on writing for reading age of 12. This meant that even complex science issues were explained in everyday language. Bob believed that all HIV positive people have a right to accurate, up-to-date and easy-to-understand information in order to be actively involved in decisions related to their own health care.

Just as importantly, the whole website was updated in virtual real time as new data and research became available. For years, a monthly email would detail all recent changes, so at a glance this was one of the most comprehensive ways to track new developments. Just as importantly, everything was produced in both English and Spanish. 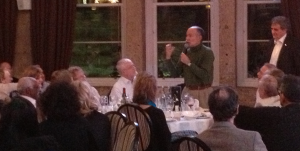 Bob Munk at the speakers dinner for the Glasgow Conference in 2012, receiving an award from Professor Ian Weller, in recognition of his many years help with organising the conference.

Bob was first active in San Francisco following his diagnosis in 1987 and this experience informed his lifelong activism.

This ranged from responding to individual treatment questions to early Internet support forums such as the Crix-list and PI-treat to long-term involvement on scientific steering groups of international medical conferences, including the annual Lipodystrophy Workshop and the biennial Glasgow Congress. His encyclopaedic knowledge of HIV treatment history and his skill with carefully reporting evidence made his opinion an important voice in any debate.

For many years, Bob showed extraordinary resilience in continuing to attend and report from medical conferences despite increasing mobility difficulties related to a rare and difficult to treat neuromuscluar complication. He continued to attend meetings long after many of us would have settled for tracking everything online on webcasts. He also continued to travel despite many journeys requiring three flights from his home in New Mexico.

Bob will be greatly missed and our thoughts are with his family and friends at this difficult time, especially with Enoch Ortega, his long-term partner and husband.