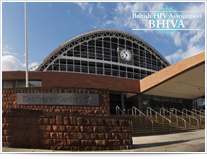 Sara Croxford from Public Health England (PHE) presented an analysis of non-AIDS mortality in England and Wales among HIV positive people diagnosed from 1997 to 2012.

This is the first UK study to categorise national HIV deaths using the Coding Causes of Death in HIV Project (CoDe) protocol and to compare mortality to the general population.

All-cause deaths of people living with HIV in England and Wales are recorded by direct reporting to PHE by doctors and by linkage to the National Mortality Register at the Office for National Statistics (ONS).

To compare deaths in people living with HIV against those of the general population, a standardised mortality ratio (SMR) was calculated by dividing the deaths in the cohort by expected deaths according to age and sex matched ONS population data. A value of 1.0 would denote there is no difference between the two populations.

Strikingly, the all-cause SMR was substantially higher in the HIV positive cohort, at 5.7. This figure rose to 9.0 when looking at women alone.

In this historical cohort that included the first years of combination therapy, mortality rates amongst people with HIV were significantly higher than for the general population, even when AIDS-related deaths are excluded.