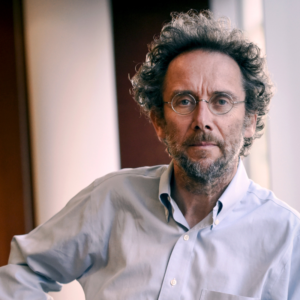 Just as the last issue of HTB was being sent out i-Base learned of the unexpected death of the leading HIV scientist Charles Boucher.

This was especially difficult as Charles was still a young man and although he had been undergoing treatment for cancer, this was not widely known.

Many people, tens of thousands, will have known Charles as the driving force and scientific director behind a wide series of specialist workshops developed by Virology Education.

The early workshops focused on specialised areas of research – notably drug resistance and pharmacology – but actually often the first forum for studies that would later be presented at CROI.

But bringing global experts together in meetings at a scale where everyone could join active discussions developed into such an effective format that this programme expanded over 20 years to cover a much broader range of related issues before these were covered by larger conferences. These included hepatitis, clinical care, paediatrics, HIV transmission, transgender health, integrase inhibitors and also to regional meetings, including in Russia and China.

The focus for these meetings often developed from issues that were increasingly important community issues such as the workshops on HIV and ageing, developed with activist Jules Levin, that has now been running for ten years.

And as a far-from-expert community journalist, contacting Charles to ask to be able to join scientific meetings was initially daunting. Some drug resistance meetings were just for researchers to present their work. But this just needed to be able to contribute to the discussion. Meeting Charles was actually much more fun: he was incredibly engaging, had a great sense of humour, and was happy to support anyone who would join a discussion and take ideas further. Charles was interested in generating active debates that would underpin better and more relevant science. He supported engagement irrespective of academic background – though this also meant being ready to respond at any time to: “So what does the community think of this?”.

Most people only learnt about Charles’ death by an email announcement from VE that included a link to leave messages of condolence, still open. Within hours, there were hundreds of tributes from colleagues and friends across the world who all spoke of their sadness, but also with gratitude for his work and for knowing such a dynamic, passionate, caring, engaging and inspiring man.

Our thoughts are with Charles family and friends at this difficult time, including his many colleagues at Virology Education.

I am so grateful that our paths continued to cross throughout the intervening years, both with Virology Education and PENTA: he could always be relied upon to make us think, to drive forwards the science, and to propel us to deliver innovative teaching.

The tributes that have flooded into the Virology Education ‘In Memoriam’ pages from all over the world say it all. So many resonate. I love Prof Andrew Zolopa’s observations about the HIV resistance workshops: “Great science, great debates, brilliance, arrogance and humour on full display, and Charles right in the centre of the action.  …fearless and funny…His love of life was always ‘pedal-to-the-metal’ – always full throttle.”

It is heart-breaking that he has died so young.

We plan to dedicate the upcoming 2021 International Pediatric HIV Workshop to Charles in recognition of his efforts to ensure that children are not forgotten in HIV research, and in gratitude for all he has done to promote pediatric and maternal HIV research.

To his family, thank you for sharing him with us. Be proud of the immense respect in which he is held in our collective memories.