PrEP on Channel 4 news: community activists on need for PrEP in UK now… 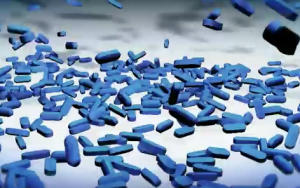 The report included interviews with activists from i-Base and the community PrEP organisations I Want PrEP Now and Prepster.

We hope this raises the profile on the importance of easier access to PrEP in the UK.

As high quality generic drugs from India account for 65% – 85% of all NHS prescriptions, the NHS should also have the option to buy generic PrEP, unless the manufacturer Gilead aggrees to a similar reduced price.

These drugs are almost at the end of their patent life and the price for PrEP should be lower than that for HIV treatment.

Until then, it is right that people are able to buy PrEP online. But the NHS needs to provide the modest monitoring and support needed to use PrEP safely.

This includes testing for HIV and hepatitis B – both of which are already free – and also for kidney function. These tests are important before starting PrEP and then every few months which using PrEP as routine monitoring.

Even without generic access PrEP is cheap – and much cheaper than lifeline HIV treatment.

The continued level of HIV infections in the UK is an ongoing health crisis. Year-on-year for at least the last decade no health programme has reduced the annual rate of new infections in gay men.

As background, there is little or no positive eduction in schools to enable young people – of any sexuality – to approach adult life in a way that positively values their sexual health. PrEP is not an answer to all the problems that result, but for gay men at high risk it is likely to be more effective than relying only on condoms.

Currently there is a short window of about a year until generic PrEP is available in the UK. Until then, the NHS needs to enable doctors to prescribe PrEP to their patients at highest risk.

Doctors also need to be able to monitor the health of those people who are subsidising the NHS buy buying their own medication.

The news report is available to watch on YouTube.