Sign-on for PrEP to be raised in Parliament 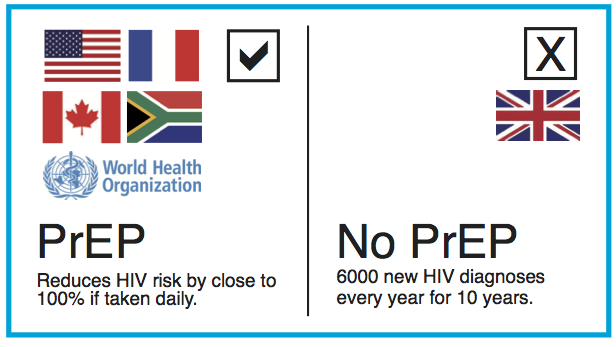 This breakdown of the NHS England’s own process to evaluate and approve new medicines ignores the ongoing HIV health crisis for gay men, transgender people and others at highest risk.

This decision is part of a wider reduction in NHS services, that has included cuts in sexual health services across the UK.

Each year in the UK, for at least the last ten years, more than 6,000 people have tested HIV positive. That is 500 people a month, every month for the last 120 months.

The UK PROUD study proved that PrEP worked. No-one taking PrEP became HIV postivie either during the study or in the follow up since. Access to PrEP for those at highest risk could dramatically reduce new diagnoses and new infections,

PrEP is approved in the US, South Africa, France, Kenya, Israel and Canada and NHS England has just shelved the chance for the public to comment on a report that recommends UK access.