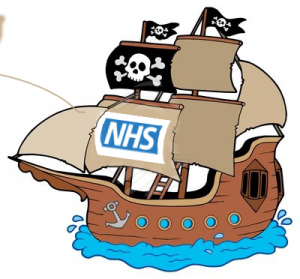 In an act of breathtaking stupidity, NHS England and its legions of commissioning committees and advisory structures are scrambling to find bureaucratic loopholes to further block access to the most effective way to prevent HIV transmission. [1]

The decision to prevent doctors from prescribing PrEP to an individual – irrespective of their risk or circumstances – or to identify a rapid way to enable such prescribing will result in thousands of infections in England annually. While World Health Organization recommended PrEP is being integrated into programmes to end AIDS in the US, France, Australia, Canada, South Africa and Kenya, NHS England squabbles to find anyone with the authority to do so here. [2, 3]

If a women explains to her doctor that her husband refuses to use a condom when they have sex and this has led to her needing treatment for STIs, her doctor will say come back when you are HIV positive, and then I can prescribe HIV drugs for the rest of your life, two of which would have kept you negative if I could have prescribed them today.

And if a 17 year old man with low self esteem, related to a history of childhood abuse, currently has transactional sex with clients who take off condoms, he will be told that he can’t be prescribed the same drugs that he has already accessed five times this year as PEP to help stay HIV negative.

Why? Because no one with the authority can find a way to provide care for these people or any of the 7000 who have become HIV positive every year for the last decade.

PrEP was approved in the US in 2012, based on results from large international, randomised, placebo-controlled studies – the gold standard for scientific evidence – showing that PrEP roughly halved the risk of HIV transmission. But further analyses revealed efficacy was actually significantly higher, providing close to 100% protection when people were actually taking the drugs. And for men in the study, even taking four doses a week gave over 95% protection.

The results from the smaller PROUD study were so significantly effective – in real people in a real world setting of existing NHS clinics and services – that the pilot study had to be stopped early to ensure all participants had immediate access to PrEP. The evidence was so compelling that rollover into the larger study – already funded – was also stopped. All the infections in PROUD were in people who either were not being prescribed PrEP or who for personal reasons had decided not to take it. [4]

Now the NHS are proposing a paltry £2 million to fund yet another demonstration study, two years after PROUD proved PrEP worked in the UK better, faster and more effectively than anyone expected.

PROUD also showed that NHS clinics are able to engage with a group of people at such an alarmingly high risk – approximately 10% per year – that PrEP would be immediately cost effective and could prevent the NHS from lifelong costs from decades of antiretroviral treatment. [5]

As with access to most medical services and prescriptions, deciding who warrants access PrEP requires clinical expertise from a medical doctor. That the NHS currently trusts no doctors to do this is inexcusable – especially given the time that has already been taken to delay PrEP in the UK.

Pirates have hijacked the NHS. Ordinary people dependent on the NHS are having their health jeopardised. Dedicated and committed doctors in the NHS with expertise who care for people are increasingly helpless to help.

There is an easy answer. The Secretary of State can authorise access to PrEP – which has already passed public consultation and review – and fund it out of the numerous contingency budgets available for crisis situations.

And HIV in England is a crisis: 500 people have been diagnosed every month for at least the last decade. PrEP benefits anyone at high risk but by coincidence the highest risk groups are gay men.

Until PrEP is available, people in need of it should continue to access PEP services, with the waste of time and drugs that this entails.

The immediate way for people who cannot afford a private prescription to buy PrEP online from generic pharmacies is to demand PEP for post-exposure prophylaxis now. The decision to provide PEP was made more than a decade ago after the threat of legal action. Similar legal action to demand PrEP is needed now.

In December 2014, UK activists, dressed in PrEP blue lined up outside one of the best and most respected NHS sexual health clinics to demonstrate the NHS provided a PrEP line to nowhere. Similar lines should form outside every Monday morning outside clinics offering PEP. [6]

Current documents for this mess are online. [7]

Following legal advice, the National AIDS Trust have decided to reopen their earlier legal challenge to this decision by NHS England.

NAT have launched a crowd funding appeal to help with these costs.