Collected key tables and diagrams in the guide.

When not on treatment, your immune system works in overdrive 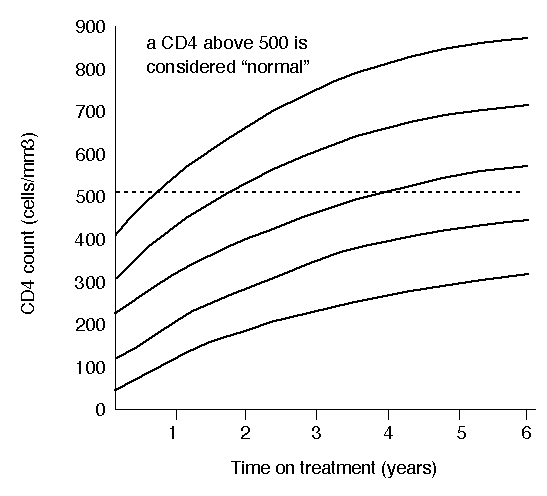 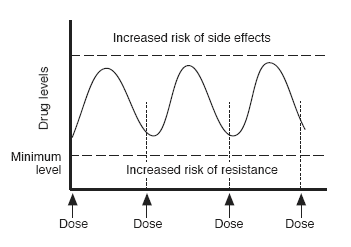 Drug doses are calculated so that average drug levels are high enough to be active against HIV for 24 hours a day. They are also low enough to minimise the risk of side effects.

A missed or late dose increases the risk of resistance 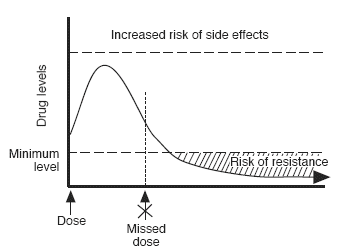 Missing or being late with a drug lets the drug levels fall to a level where resistance can develop. The more often you are late, the greater the chance of resistance.

The main types of HIV drugs

If a CD4 cell is infected by HIV, this cell is used to produce hundreds of new copies of HIV. Different drugs block different parts of this HIV life cycle. 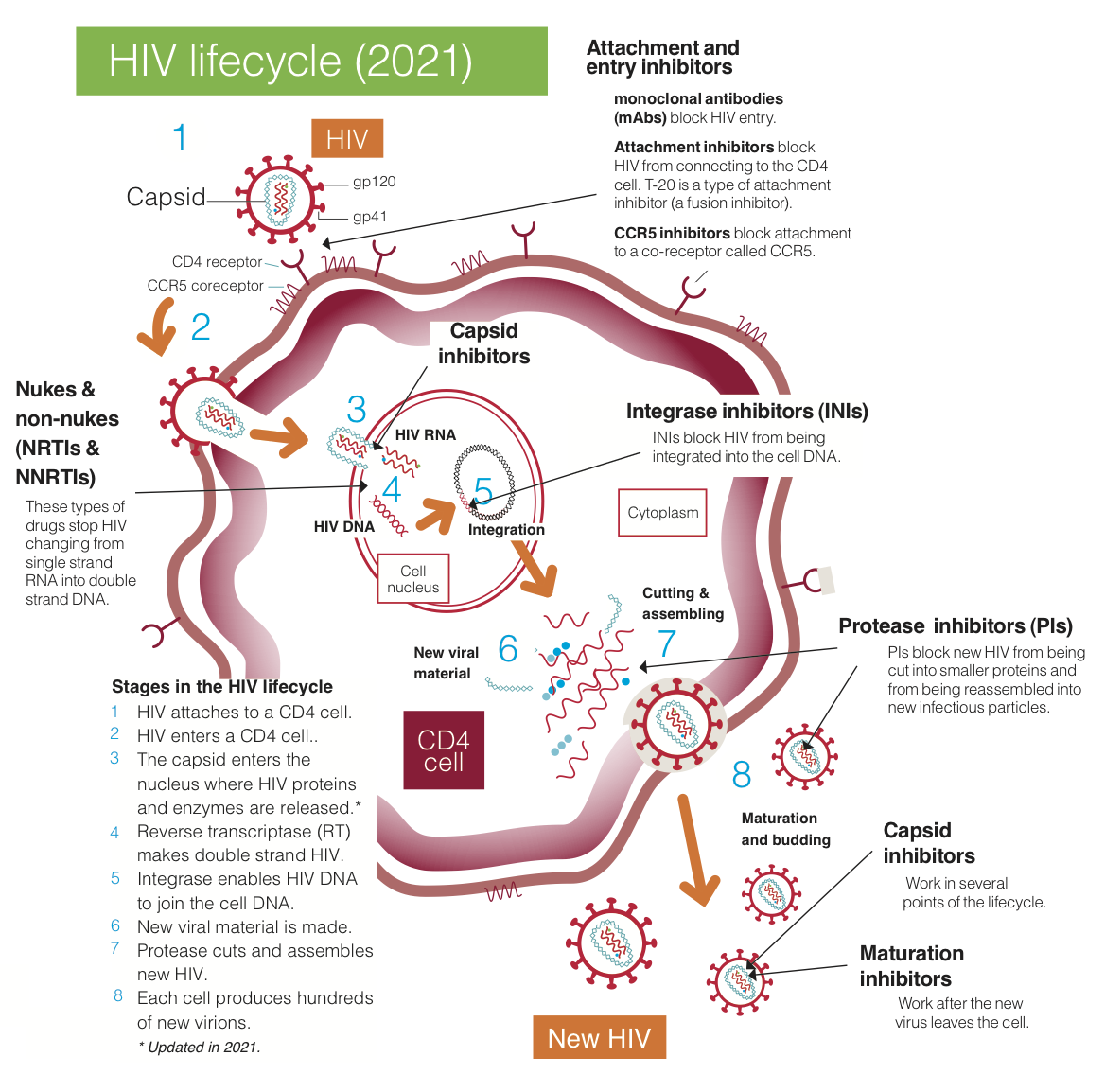 UK guidelines include starting treatment with two nukes plus a third component.

** abacavir + lamivudine (Kivexa) can be used at any viral load when used with dolutegravir. Otherwise, Kivexa can only be used when viral load is less than 100,000 copies/mL

*** Although efavirenz is no longer a prefered drug, it might still be offered in some clinics.