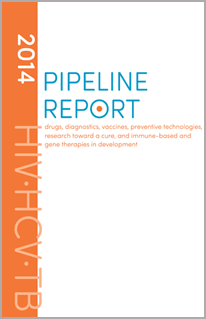 By Karyn Kaplan and Tracy Swan

How can governments and donors effectively address HCV if pharma refuses to drop drug prices?

Keeping up with the rapid pace of hepatitis C drug development, activists across the world are educating communities, working with national governments, and pressuring the United Nations and global funding agencies to give hepatitis C virus (HCV) the attention it deserves, and to bring an end to the global epidemic. Their work includes:

While keeping the pressure on locally and nationally, activists are also collaborating on regional and international advocacy strategies and campaigns. They are pressuring drug companies to cut prices, opening pathways for generic production through patent opposition, and ensuring that global health authorities can no longer ignore hepatitis C.

In June 2013, ACT UP–Basel, the Asia Pacific Network of People Living with HIV/AIDS, the International Network of People who Use Drugs, Médecins du Monde, and Treatment Action Group launched the “Missing” campaign.

The campaign was directed at the World Health Organization’s (WHO’s) Director–General, Dr. Margaret Chan. The campaign highlighted the lack of WHO resources and leadership to fight hepatitis C, and demanded a response from Chan. In response, campaign sponsors were invited to meet with leaders from the WHO’s HIV and global hepatitis programs.

In March 2014, the WHO convened a Strategic and Technical Advisory Committee on Viral Hepatitis, and a Global Partners’ Meeting on Hepatitis, where stakeholders from around the world (including the “Missing” campaigners) discussed the epidemics, shared country-specific responses, and outlined steps to address viral hepatitis on a global level. Participants issued a “call to action” to pressure the international community to act.

In November 2013, lawyers at Initiatives for Medicines, Access & Knowledge filed the first of two patent oppositions to sofosbuvir, based on India’s criteria for novelty and innovation.

If Gilead is not granted the patent for sofosbuvir in India, generic drug makers can produce it there and—following the pattern of HIV antiretrovirals—competition will dramatically lower the price, making sofosbuvir affordable for millions of people who would otherwise lack access to it.

In February 2013, 38 activists from 22 countries gathered in Bangkok to share information and strategize before meetings with six pharmaceutical companies producing direct-acting antivirals (DAAs) or pegylated interferon. They discussed plans for registering, licensing, pricing, and marketing HCV treatment in low- and middle-income countries. A complete report from the HCV World CAB meeting is available at
http://www.treatmentactiongroup.org/hcv/publications/wcab-report-2014.

In April 2014, the WHO released its first HCV treatment guidelines; activists participated in their development and review. The guidelines were created for low- and middle-income countries to support development and implementation of evidence-based HCV screening, care, and treatment programs.

In April 2014, activists organized the first-ever protest at the European Association for the Study of the Liver meeting, to protest against the high price of Gilead’s HCV drug, Sovaldi (sofosbuvir). Sovaldi is inexpensive to produce (see “Hepatitis C Pipeline,” p. 153), yet Gilead has priced it at $1,000 per day in the United States. Although the company has announced agreements to discount Sovaldi in certain countries, the price is still too high. Many other countries—some home to millions of people with HCV—are not included in these agreements and cannot gain access to Sovaldi.

In May 2014, activists and their allies joined forces to pass a resolution on viral hepatitis sponsored by the Brazilian government. The resolution—which was passed unanimously—calls on the Director–General of the World Health Organization, member states, and other stakeholders to take aggressive steps to end viral hepatitis.

In 2013, UNITAID—a global health organization that funds HIV/AIDS, tuberculosis, and malaria projects, primarily in low-income countries—signaled interest in hepatitis C coinfection by including it in its Strategy 2013–2016 report and soliciting letters of intent. In response, activists generated a sign-on letter—endorsed by 135 organizations around the world—urging UNITAID to facilitate access to affordable HCV diagnostics and treatment.

In May 2014, UNITAID’s executive board awarded up to US$20 million dollars to nongovernmental organizations to advance the ultimate goal: access to high-quality, affordable HCV diagnostics and treatment for people coinfected with HIV and hepatitis C.