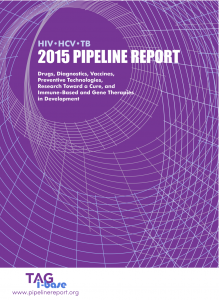 That things just go on like this is the catastrophe.

Because of the lack of effective, accessible point-of-care (POC) tests for all forms of tuberculosis (TB), 1.5 million people die of this treatable, usually curable disease each year. Annually, 3 million, or one-third of all, TB cases are never detected, reported, or properly treated. Among people with multidrug-resistant TB (MDR-TB), fewer than 20% receive proper treatment. [2] The lack of effective TB diagnosis and drug-susceptibility testing (DST) is responsible both for onward transmission of TB and for unnecessary suffering and death.

The world’s failure to invest in a successful effort to render all cases of TB easily diagnosable remains baffling and infuriating. Countries and global donors are investing billions in often poorly functioning TB programs whose greatest needs – for better diagnostics, drugs, and vaccines – are being drastically underfunded by research institutions in both developed and developing countries. Treatment Action Group’s most recent report on TB research and development (R&D) funding trends shows that in 2013 the world invested just US$67.77 million in TB diagnostics R&D. This represents a mere 19.9% of the annual US$340 million investment recommended by the World Health Organization (WHO) in its Global Plan to Stop TB: 2011-2015. [3, 4] Even the few improved new technologies that have been endorsed by the WHO over the past seven years are underused and inaccessible to most people with TB today.

Last year’s Pipeline Report described TB diagnostics research as being “at a standstill.” It would be an exaggeration to say the last 12 months have seen an increase in momentum or investment. This chapter describes the noteworthy advances that have been documented in the published literature or occurred in clinical trials or policy.

For the past 133 years, sputum-smear microscopy for acid-fast bacilli – of which TB is one – has been the most widely used test for TB. The test is nonspecific to TB and misses up to half of pulmonary cases – even more among children and HIV-positive people – and by definition all extrapulmonary ones. TB culture on solid media has also been used to diagnose TB for over a century and in DST since the introduction of TB chemotherapy in the 1940s. But culture on solid media can take months, meaning that results cannot be used to guide therapy at the outset. In 1993, the WHO recommended the microscopy-based DOTS strategy for worldwide TB control. One unanticipated consequence of the recommendation may have been to lead some countries to further degrade – if they had not already dismantled – their TB microbiology (culture) laboratories. In these cases, the ability to diagnose drug-resistant TB or to determine appropriate treatment was being dismantled just as the worldwide MDR-TB epidemic made its explosive debut.

In late 2006, researchers from South Africa and the United States reported an outbreak of extensively drug-resistant TB (XDR-TB) at an HIV clinic in rural KwaZulu-Natal, South Africa. [5] Activists and policy makers realized that countries needed to move fast to improve TB laboratory capacity and to modernize the diagnostics armamentarium used in medium- and low-income-country TB programs. Over the course of 2008, groups such as the AIDS Rights Association of Southern Africa, Médecins Sans Frontières, Partners In Health, and Treatment Action Group held two workshops to highlight the need for a TB POC test and to develop target product profiles. [58] The following three years saw a surge of new WHO recommendations including:

These tests provided advantages over smear microscopy and solid culture. TB in liquid culture was measurable in weeks rather than months. The speciation test revealed in 20 minutes whether a culture was Mycobacterium tuberculosis (MTB) or NTM. The GenoType MDRTBplus could diagnose many forms of TB with common genetic mutations to rifampin and isoniazid – resistance to both of which was the signature of MDR-TB – within a day or two.

The WHO continued to broaden the recommended laboratory options for low- and middle-income countries with policy statements on:

Increasingly, NAA-based diagnostic tests are replacing culture-based ones for many diseases and, in the form of HIV and hepatitis C virus viral-load assays, have long been the basis for clinical staging and monitoring of treatment. In only two hours, the Xpert MTB/RIF test can determine from sputum whether TB and rifampin resistance are present; Xpert has also demonstrated sensitivity and specificity using samples from nonpulmonary tissues and fluids where TB is growing (gastric juices, lymph nodes, and cerebrospinal fluid). [12a, 12b]

All, however, are expensive laboratory tests requiring electricity, controlled temperature, and trained personnel, all of which are in short or erratic supply at the points of care where most people at risk for or living with TB receive their care.

The WHO also tried to simplify the lives of laboratory workers and defray unnecessary costs to patients and payers by recommending against the use of common serologic (blood) tests for TB [13] and interferon-gamma release assays (IGRAs) in low- and middle-income countries. [14]

The WHO has yet to recommend a new TB diagnostic test since Xpert (2010/2013). In 2013, expert review panels found significant flaws with both the Eiken TB-LAMP [15] (loop-mediated isothermal amplification) and the Hain Lifescience MTBDRsl (which aims to detect resistance to second-line fluoroquinolones and injectables) tests, [16] declined to recommend them based on insufficient evidence, and suggested additional research.

The WHO has not reviewed the MTBDRsl test subsequently, and results of a June 2015 review of LAMP are not yet publicly known.

In June 2015, a WHO expert group reviewed data on the Alere Determine urine lipoarabinomannan (LAM) lateral flow test. The results of this review are not yet public.

It is clear from the paucity of published studies, that, as noted in the UNITAID landscape analysis, despite the potential of some of the newer portable, handheld NAATs’ being made available closer to where people get diagnosis and treatment: “[a] significant deterrent to widespread application of NAATs is the need for appropriate field evaluation of newer tests. Currently there have been limited assessments of the next-generation NAATs, with only two evaluations of LoopAMP MTBCTM Detection Kit and EasyNATTM, and one each for Genedrive®, TruelabTM and FluoroCycler technologies. For most of these products, on the market for a few years now, more performance data are needed to inform NTP [national TB program] policies.” [17]

The evidence base for most new TB diagnostic tests in the pipeline is shockingly weak for most of the so-called fast followers to the Xpert MTB/RIF test. It is distressing that neither the Hain GenoType MTBDRsl test nor Eiken’s PURE-LAMP test has yet generated enough evidence to overcome the WHO expert panels’ 2013 refusal to recommend these tests due to insufficient evidence. [15, 16]

For Xpert, a pragmatic randomized trial conducted in South Africa and presented at the 2015 Conference on Retroviruses and Opportunistic Infections (CROI) showed that the immediate addition of Xpert had no impact on mortality versus standard of care (microscopy, with Xpert deferred). The investigators concluded: “a sensitive diagnostic test needs to be supported by systems linking to appropriate care, particularly ensuring that people know their HIV status and those eligible…start ART promptly.” [21] Yet the impact of Xpert on earlier treatment initiation in many settings is undeniable. [21a]

On the more encouraging side, another paper presented at CROI 2015 introduced a new version of the test, the Xpert MTB/RIF Ultra, with sensitivity claimed comparable to culture. [37, 38] Other planned improvements to the platform include adding common isoniazid resistance mutations and HIV RNA measurement.

Among people with HIV in a Ugandan study, the Alere Determine TB LAM – a simple urine dipstick that gives results in under 30 minutes – detected over half of those with culture-positive TB [22] and was “highly cost-effective compared with usage of either sputum smear-microscopy or Xpert alone.” [23] Indeed, “[t]he sensitivity of the combination of Xpert and LF-LAM was 85% (88/103 95% CI 0.77-0.92), which was superior to either test alone (P<0.05) and approached sensitivity of sputum liquid culture testing (94%, 95% CI 0.88-0.98, P=0.17).” [24] The test is much less useful among people with higher CD4 counts, however. These results, and a substantial body of additional evidence, [24a] support a WHO recommendation for the use of the lateral flow LAM test, at least among HIV-positive people with low CD4 counts.

The ongoing rollout of Xpert MTB/RIF has had a positive influence on the TB diagnostics landscape, has attracted new investments and product developers, and has created a robust pipeline of technologies… However, the Xpert technology was not designed to reach lower tiers of the healthcare system or to meet all needs ([e.g.,], it cannot detect latent M. tuberculosis infection or resistance against multiple drugs. Despite initiatives to reduce the price, high costs continues to be a hurdle….A recent survey of 22 countries with a high tuberculosis burden (HBCs) showed that, while a majority (86%) of these countries have a policy or algorithm for use of Xpert technology, current implementation is mostly donor funded, dependent largely on testing in centralized laboratories, and primarily involves patients with presumed drug-resistance or HIV infection [see ref. 25]….This suggests that wide-scale implementation of Xpert technology has mostly occurred in South Africa, while other HBCs continue to rely heavily on smear microscopy. [19]

In April 2014, the WHO convened a priority-setting group to develop target product profiles for the highest-priority consensus indications, which were:

It’s striking that this consensus group did not identify the need for a more definitive test for latent TB infection (LTBI) as a high priority as the current tests – tuberculin skin testing and IGRAs – have significant flaws, are not specific to MTB, and miss many cases; and in any case treatment of LTBI will be essential to eliminating new TB transmission.

In any case, with current scientific uncertainties and the continued likelihood of inadequate funding for TB R&D overall and for TB diagnostics research, these desiderata seem far away indeed. According to UNITAID:

In the medium term, the need for a biomarker-based, low-cost, non-sputum-based test remains a key priority for TB diagnostics beyond the microscopy centre where the majority of people first seek care. Although biomarker discovery is an active area and several potential products (e.g. antigen or antibody detection tests; volatile organic compounds (VOCs); enzymatic detection) are under development, no test under development is likely to be on the market with policy endorsements within the next three to five years [emphasis added]. [17]

With the exceptions of the urine LAM dipstick, the potential Xpert MTB/RIF Ultra, and GenoType MTBDRsl and PURE-LAMP – if stronger supporting evidence emerges – there are not a lot of test candidates likely to be reviewed and recommended by the WHO for use in middle- and low-income countries in the near future. The ideal POC biomarker test is clearly years off, and even the potential of VOCs remains remote unless programs have access to the 40 or so expertly trained giant African pouched rats, which can detect TB in sputum samples [43] – and it is unlikely that this innovative live diagnostic method could be scaled up any time soon.

Unless noted otherwise, all links were accessed on July 5, 2015.