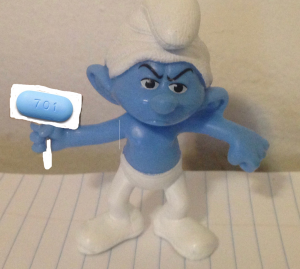 On 1 February 2016, Gilead Sciences issued a press release about its application for an extended license in the European Union for tenofovir/FTC to be prescribed as pre-exposure prophylaxis (PrEP).

The application has been reviewed and accepted by the European Medicines Agency (EMA) and is now under evaluation.

Until now, it was unclear whether or not Gilead had submitted a dossier for PrEP and indeed whether the EMA had resolved their criteria – and priorities – in order to make such an evaluation.

Both Gilead and the EMA have been widely criticised, including by community groups, for the slow timeline compared to the US, where the FDA first approved PrEP in July 2012.

The role of the EMA was particularly helpful, overstepping its role to evaluating drug safety and efficacy by suggesting PrEP was a low priority due to concerns over potential behaviour changes that have not been reported in randomised studies.

While the lack of an indication should not be a barrier to current prescribing – ART is widely used as PEP for example without an indication – approval is an essential step to enable broad commissioning and widespread access in many countries.

Tenofovir/FTC was also approved for PrEP in Kenya and South Africa in 2015, with regulatory submissions pending in Australia, Brazil, Canada, Peru and Thailand and access in France following a Temporary Recommendation for Use by the French regulatory agency.

If this application is given an accelerated review, a decision might be given with 90-120 days.

The timeline for the EMA decision however has not yet been reported.