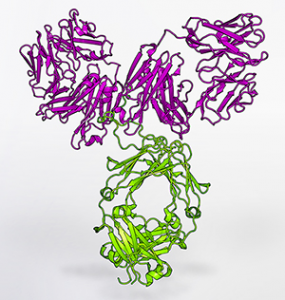 Rather than using oral HIV drugs for PrEP – either with daily or event-driven dosing – these studies use a monoclonal antibody (mAb) called VRC01 to boost immune responses to the virus. VRC01 is given as an infusion every two months.

Also important – and essential for other future PrEP research – these studies include the opportunity for participants in the US – but not in Africa – to also receive oral PrEP, recognising that this is currently best standard of care. [2]

Research into HIV antibodies, which have the potential to be used for both treatment and prevention, was helped a few years ago with the discovery of potent broadly neutralising HIV mAbs, one of which is VRC01. This rapidly evolving field of research is likely to lead to new antibodies over the new few years that will be even more active.

However, in a similar way that HIV drugs are used in combination to reduce the risk of drug resistance, several different antibodies in combination are likely to be needed in order to suppress the broad range of circulating viruses. It is already known, for example, that VRC01 misses approximately 13% of viruses, though the implications of this for PrEP are unclear.

The current studies are being jointly run by two US publicly-funded research networks – HIV Vaccine Trials Network (HVTN) and HIV Prevention Trials Network (HPTN). The two studies – HVTN 703/HPTN 081 and HVTN 704/HPTN 085 – have a similar design with three arms. Several thousand people will be randomised to either one of two active groups receiving 30 mg/kg or 10 mg/kg infusions or to a control group that receives a placebo saline solution.

HVTN 704/HPTN 085 will take place at 24 sites in Brazil, Peru and the United States, and will enrol 2,700 men and transgender people who have sex with men. This study is now enrolling.

HVTN 703/HPTN 081 will enrol 1,500 women at 15 sites in Botswana, Kenya, Malawi, Mozambique, South Africa, Tanzania and Zimbabwe. This study is due to start shortly, within the next two months.

All participants are being given the option to also receive daily oral PrEP (tenofovir DF/emtricitabine) in addition to other prevention options including counselling for risk reduction, free condoms and other support.

Access to oral PrEP is also important for setting the standard for PrEP research to ensure all participants receive the best standard-of-care for HIV prevention. In addition to better ethics, by including oral PrEP in the design, the study should enrol quickly and it will not have results confounded by use of oral PrEP outside of the study setting.

A non-technical Q&A has also been produced by the NIH about this research. [3]

Both studies are colectively called AMP and further iinformation is also available on the study website. [4]

An excellent overview of using mAbs for HIV treatment and prevention was given at the CROI 2016 conference in February and is available online as a free webcast. [5]

This is an exciting study that is easy to recommend to participants given that the minimum standard of care includes the option to also use oral PrEP. Current PrEP use is not an exclusion criterion and access to PrEP is included for people who need this.

The press release notes that this study design will still be powered to show a preventive effect from VRC01 if PrEP is widely used.

In practice, even if all participants do enrol for oral PrEP, the difficulties of sustained adherence with taking pills highlighted in other large PrEP studies is likely to show whether VRC01 has a protective impact.