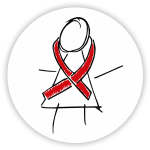 Once daily dosing of abacavir (ABC) and lamivudine (3TC) was non-inferior to twice daily dosing in development of viral resistance in the ARROW trial, according to data presented at the 8th International Workshop on HIV Paediatrics.

The ARROW trial – conducted in Uganda and Zimbabwe – showed that once daily dosing of ABC and 3TC was bioequivalent with twice daily dosing and gave similar treatment outcomes at 96 weeks.

In a resistance sub study, the ARROW investigators compared the development of viral resistance in children randomised to once vs twice daily dosing over the course of the trial.

A total of 669 participants receiving twice daily ABC and 3TC containing regimens, for at least 36 weeks, were randomly assigned to continue with twice daily dosing or switch to once daily. Viral load was tested retrospectively using stored plasma samples at 0, 48 and 96 weeks post randomisation. Samples with >1000 copies/mL were genotyped at the Joint Clinical Research Centre, Kampala, Uganda.

HIV genotypes were: 49% subtype A; 25% subtype C (including all Zimbawean participants) and 20% subtype A.

The investigators reported no difference between once daily vs twice daily ABC and 3TC in viral suppression at various time points (0, 48 and 96 weeks) and viral load thresholds (<80, <400 and <1000 copies/mL), all p-values non-significant.

There was no difference between once daily and twice daily in drug resistance mutations post baseline (p=0.15). The investigators found, overall 33%, 23% and 28% of participants had the L74V mutation at weeks 0, 48 and 96, respectively. At the same time points 42%, 28% and 34% had Y115F; and 6%, 6% and 5% had K65R. Only one participant receiving once daily triple NRTIs had Q151M at weeks 48 and 96. The investigators noted that thymidine analogue mutations were rare.

There was also no difference in intermediate/high level resistance to NRTIs between once daily and twice daily ABC and 3TC based regimens (p=0.15).

Among the subgroup of participants receiving an NNRTI plus ABC and 3TC regimen (WHO current recommendation) intermediate/high level resistance at 0, 48 and 96 weeks after randomisation was respectively: 15%, 16% and 8% for tenofovir DF and 0%, 4% and 2% for AZT, compared to 75%, 84% and 79% for ABC.

The investigators concluded that both tenofovir DF and AZT are second-line NRTI options for children failing ABC and 3TC based first-line ART.