HIV positive and HIV negative pregnancies in the UK and Ireland have similar outcomes including for older women: impressive 15-year review 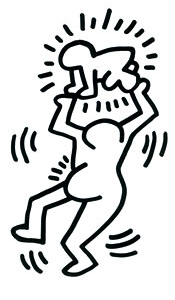 But, similar to the HIV negative population, older HIV positive mothers have a heightened risk of multiple birth, stillbirth or an infant with chromosomal abnormality compared to younger ones.

In the UK and Ireland, the National Study of HIV in Pregnancy and Childhood (NSHPC) collects comprehensive population-based surveillance data on all HIV positive pregnant women and their children.

Claire Townsend and colleagues conducted an analysis using NSHPC data to compare maternal characteristics and pregnancy outcomes in younger (<40 years) and older (>40 years) HIV positive women delivering in the UK and Ireland between 2000 and 2014. They reported their findings in the 16 November 2016 edition of HIV Medicine.

Older women were more likely to receive ART in pregnancy, and at conception. ART was also started slightly earlier in this age group: median 22.8% vs 23.5% weeks in younger women, p=0.02.

There was no evidence of an increased rate of emergency caesarean section or operative vaginal delivery among pregnancies in older vs younger women: 25.7% vs 23.9%, p=0.2, and 3.1% vs 4.6%, p=0.1, respectively. There was also no increased risk of preterm delivery or low birth weight among deliveries to older women. Infants of older women were slightly more likely to have very low (<1.5 kg) or high (>4 kg) birth weight but neither association reached statistical significance.

There was no difference in the rate of vertical transmission by maternal age: (older vs younger) 0.6% vs 0.8%, p=0.05. There were 13 maternal deaths but none were in older mothers.

Older mothers had more stillbirths: 1.6 vs 1.0% in younger mothers. This was not statistically significant in univariate analysis: OR 1.70 (95% CI 0.99-3.01), p= 0.05. After adjustment for time period, parity (no previous births vs one or more previous birth) and type of ART, the association increased and reached statistical significance: AOR 2.39 (95% CI 1.32, 4.32), p=0.004. The authors noted that, in this model, the only other variable significantly associated with the outcome was time period.

The authors explain that these findings are consistent with studies in the HIV negative population showing associations between older mothers and outcomes such as multiple pregnancies, chromosomal abnormalities, and stillbirth.

They also note that the doubled risk of stillbirth associated with older mothers is similar to that found in a meta-analysis of five studies in the general population in high-income countries. The stillbirth rates in HIV positive women were higher than in the general population: 0.47% overall, 0.76% for 40-44 year olds and 0.95% for >45 year olds, with the greatest difference seen for younger women.

Unlike other studies in HIV positive mothers, they did not observe an increased risk of preterm delivery, although the rate was higher overall than in the general population (13.2 vs. 6.2%, respectively).

Limitations to this analysis are that few data are collected on background characteristics and clinical characteristics in pregnancy, and there was no information on factors such as smoking, or history of delivery complications or hypertension.

The authors concluded: “These findings have implications for pregnancy management of older HIV-positive women, given the increased risk of multiple births in this group, as well as pre-existing comorbidities and adverse outcomes such as stillbirth and chromosomal anomalies, as has been reported in the HIV negative population”.

These data are very reassuring.

The study shows that since 2000, the overwhelming majority of more than 15,000 HIV positive women have had pregnancies without complications. This includes women above and below 40. And similar to the general population women are choosing to have children older than in the past.

Although older age (ie above 40) was linked to higher rates of some complications, very similar age effects occur in HIV negative woman (ie general population data). Most older women understand these slightly higher risks, but it is important that neither HIV itself, nor ART, seems to be as important as maternal age.

For those reading the Townsend et al article in a hurry, the abstract does not emphasise the similarities between outcomes in older HIV positive and negative women. But the discussion section is excellent – so it is worth taking the time to read to the end.