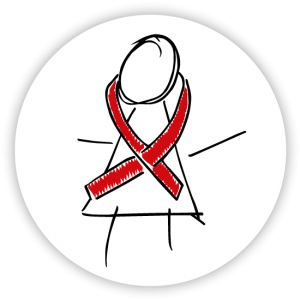 Chewable raltegravir tablets can be crushed and stirred until dispersed in water, apple juice, or breast milk and given to younger children according to WHO weight bands. [1]

In vitro and modelling data suggest that this method of administration will result in therapeutic plasma concentrations. But, there are not yet efficacy/safety data to support such use of the chewable formulation.

There are limited suitable antiretroviral formulations for young HIV positive children.  Raltegravir is the only integrase inhibitor approved for treating children down to 4 weeks of age.

The granules for oral suspension are complicated to administer – they need careful measurement with a syringe for both reconstitution and dosing, and clean potable water.

The raltegravir originator company, Merck, conducted a study to investigate: 1. If crushing the chewable tablets could be used instead of the granules for oral suspension. 2. If the use of multiple tablets would meet established pharmacokinetic (PK) targets for safety and efficacy. The results were presented at the 9th International Workshop on HIV Paediatrics.

In order to assess chemical stability before dosing in liquid, the investigators dispersed one 25mg chewable tablet by agitation (stirring) for 10–15 minutes in 5 mL of each of the following vehicles: tap water, sterile water, apple juice, and breast milk, at room temperature.

Assay and degradable analyses were performed in two sets of samples for each liquid immediately after dispersion and after 30 minutes. Drug analyses were by reverse phase HPLC at room temperature under ambient conditions. Lower limit for detection of potential degradation products was 0.02%.

This revealed, after crushing in 5 mL of liquid, raltegravir chewable tablets achieved adequate stability for 30 minutes with each vehicle. There was no loss of active raltegravir or formation of degradates after this time period. Initial vs 30 minute results: sterile water 102.5–103.5%, tap water 99.5–99.0%, apple juice 95.5–97.0%, and breast milk 96.4–97.3%; all degradates were below 0.02%. Raltegravir 25 mg chewable tablets can be considered stable in all the tested vehicles.

Weight was a significant covariate in this model, which used WHO weight bands.

Modelling and simulation suggested that PK targets are achieved by giving twice daily doses in increments of 25 mg (as available using raltegravir chewable tablets), for children in weight bands between 3–25kg. Doses are shown in Table 1.

The use of raltegravir chewable tablets has not yet been investigated clinically and is not approved in children less than 10 kg. But these in vitro data show that crushing chewable tablets is feasible and modelling and simulations predict that administering raltegravir in this way for young children is expected to lead to drug exposures associated with safety and efficacy.

It is important that the company responded to requests to look at the feasibility of this method of administration.

Although raltegravir is approved in young children four weeks and above – an age group where antiretroviral options are scarce – use of the granules for suspension formulation is tricky and using the chewable tablets should be easier.

The IMPAACT P1101 study of raltegravir-containing regimen in HIV and TB co-infected children will use the dispersed chewable tablet, starting dose of 12 mg/kg (up to a maximum dose of 800 mg) orally twice daily, with two NRTIs plus rifampicin-containing regimen for treatment of TB in infants and children from four weeks of age. [2]

This aims to simplify the higher dose needed to overcome the interaction with rifampicin, which would be extra complicated to administer with the granules for oral suspension. The study will generate some clinical data in a few young children receiving dispersed chewable raltegravir.