Controversial PrEP study from NHS England due to start in September 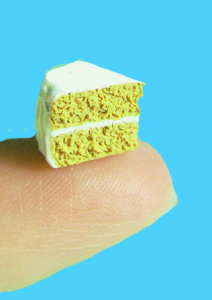 On 3 August 2017, a press release from NHS England provided an update on the upcoming PrEP IMPACT study. [1]

This study plans to enrol 10,000 people at up to 200 sexual health clinics across England, providing open-label oral PrEP to all participants. Some people might be able to enrol through their GP.

The study is supported by NHS officials, doctors and community groups that have been involved in the study.

However, as a strategy, the research is controversial for several reasons.

Firstly, there is already robust evidence that proves PrEP is both safe and effective. PrEP was approved in the US in 2012 and in Europe in July 2016 and many countries already make PrEP widely available, including in the US, France and Scotland.

So although the study will provide 10,000 people with access to PrEP, it can also be seen as a strategy to postpone routine access. NHS England has already delayed the decision on PrEP access by three years (the UK PROUD study released results in October 2014). In launching the new three-year study, NHS England further postpones the decision on providing PrEP – extending the delay to seven years.

Instead, on principal, doctors who have patients who are at high risk of HIV should also be able to prescribe PrEP, based on appropriate guidelines, especially to those who are not able to enrol in IMPACT.

Secondly, while 10,000 people might initially sound generous, other researchers including Andrew Hill who showed data at the BHIVA conference earlier this year, estimating the likely need to be closer to 150,000 people to reduce HIV nationally. Based on background incidence of 2%, treating 10,000 people might only prevent 200 infections – and there have been 6000 new diagnoses each year for the last decade. [2]

Also, for example, up to 5,000 people might already be using generic PrEP bought online – likely to be a leading factor in the recent reports of dramatic drops in HIV incidence reported from five high-incidence sexual health clinics. [3, 4]

That 10,000 might be too small a slice, is shown by rapid enrolment of 12,000 people within a year in several similar implementation PrEP studies in Australia (PrEPX, VicPrEP and EPIC) – a country with a smaller population and reduced HIV incidence. [5, 6, 7]

This is especially important in terms of broadening access to PrEP to include anyone whose circumstances support a benefit from PrEP but who were not included in the PROUD study. In the UK this includes greater numbers of women, transgender women and men, young people, higher proportions of black and ethnic populations etc. IMPACT currently plans to ring-fence up to 1000 study places for participants who are not gay men, but the details for how this will run nationally are unclear.

Rather than plan IMPACT as a long drawn out three-year study, IMPACT should be urged to rapidly enrol, and then expand if demand in the study is high. The cost from preventing HIV transmissions will already have saved NHS England the cost of the current study many times over.

Thirdly, in addition to expanding access, IMPACT should have early criteria for evaluating early success of the study. Research, by definition, is designed to answer scientific questions, and many studies are able to answer these questions much earlier than originally planned.

Three recent examples of early-study answers include the PROUD and IPERGAY PrEP studies and the international START study. In these cases the care and rigour of the study approach provided robust evidence much earlier than expected.

Fourthly, as background, IMPACT will use generic formulations of PrEP that are already approved in Europe and are priced at 90% lower than the current brand formulation. This will enable the NHS to use generic drugs while the current patent is still being challenged – enabling ten times as many people to be prescribed PrEP for the same price. [8]

Given that cost of patented PrEP is one of the reasons for NHS England delaying access, as soon as generic PrEP becomes approved in the UK ­– expected much sooner than the three-year life of this study – then access outside the IMPACT study should be urgently reviewed.

This study is just about the cost of PrEP and prioritising funding in the NHS.

Although 10,000 people might now access PrEP in IMPACT, in the three years since the UK PROUD study first reported results in October 2014, more than 15,000 people have already tested HIV positive.

Overall, this policy to run another “study” has delayed access, and highlights the low priority given to sexual health of people at highest risk.

The benefit from the IMPACT study is that it saves the NHS short-term budget by getting earlier access to lower priced generic PrEP.

By contrast, NHS Scotland are now providing PrEP even though this uses the higher price brand version. [9]