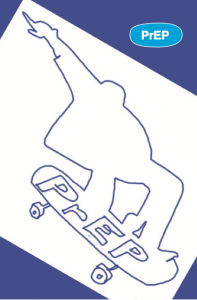 In the 12 weeks since the first sites opened, the PrEP IMPACT study has enrolled more than 3,200 participants. More than 65 of the planned 200 clinic sites across England are also now running. [1]

This early demand has meant that places have quickly become filled in many sites.  Of the 10,000 places, approximately one-third were initially held back from clinics. This, together with reallocation from any under-used sites will be managed with input from community advisors involved in the study.

This is making it difficult for many people trying to enrol. For example, by November 2017, the Dean Street clinic in Soho had already used its allocation of 1700 places, but the IMPACT study website still doesn’t have this information in January 2018. [2]

The allowance for 1,000 places to be ring-fenced for populations that have less awareness of PrEP is not affected by the reallocation. The ring-fencing is to prioritise access for women, transgender men and women and African people at high risk of HIV. Updated enrollment data for these groups has not been released by the study team, but community-led programmes that will highlight PrEP in these communities are planned for 2018.

Since this article was first posted the study website has been updated to include enrollment status separately for gay men and other populations. As of 22 January 2018, several London clinics still have places for both categories.

An easier to use map developed by the community organisation Forum-link provides the same information in an easier format. This uses a country map with colour-coded pins for recruitment status. Importantly, it also includes contact details for each sites and information about rough allocation numbers.

Note: This article was updated on 22 January to include recent changes made to the IMPACT website.

The high demand for access to PrEP was always expected to help the study rapidly enrol, especially among gay and bisexual men. Strategically, for the as yet missed goal of open NHS access, rapid enrolment is the strong point of this exercise.

The delay in updating the study website in real time however is making it difficult for many people to find an active site. The official website is not a strong point.

The next enrollment from the study team is planned following the management board meeting in February.