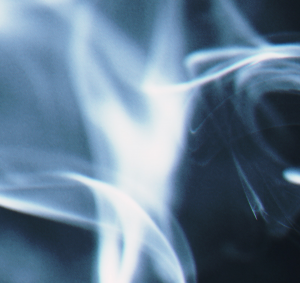 A new analysis from the US MACS cohort reports independent links between smoking marijuana and lung disease in HIV positive men. The results adjusted for cigarette smoking. [1]

MACS is a long-running observational cohort that has collected data on more than 7000 men from four US cities since 1984. Participants have been recruited in four different time periods. This analysis included 1352 HIV positive men >30 years old and the same number of HIV negative controls matched by age and race – contributing 53,000 patient years of follow-up between 1996 and 2014.

Overall, 363 HIV positive and 244 HIV negative participants reported one or more years smoking marijuana daily/weekly (median 4.0/4.5  years daily/weekly). Regular use of heroin or cocaine use was an exclusion criteria for this study.

Heavy or binge alcohol use during follow-up was also more common among regular marijuana smokers (37% vs 23%). Among HIV positive participants, there were no differences in CD4 count, viral load, or ART use linked to marijuana smoking.

Independent of tobacco smoking and other risks, regular recent marijuana smoking was associated with increased risks of infectious lung diagnoses and chronic bronchitis only in HIV positive people (hazard ratio: 1·43 [95%CI: 1·09 to 1·86], and 1·54 [95%CI: 1·11 to 2·13], respectively). These risks were additive in participants smoking both marijuana and tobacco.

Influenza and viral pneumonia and other pneumonias were among diagnoses occurring more frequently in marijuana smokers: in approximately 23% compared to 16% in non-smokers.

Each 10 days/month smoking marijuana was associated with a 6% increased risk of infectious lung disease. This was most strongly predicted by having a CD4 count <200 cells/mm3 but the associations remained strong in analyses restricted to higher CD4 counts. Smoking cigarettes (≥0.5 vs 0 packs/day) was strongly associated with increased risk of infectious pulmonary diagnoses (HR 1·48 [95% CI: 1·14 to 1·93], p = 0·0037), but not with lower use <0.5 vs 0 packs/day (likely due to lower numbers in this group).

Of note, only tobacco smoking (not marijuana) was associated with infectious pulmonary diagnoses in HIV negative participants.

Similar associations were also reported for non-infectious chronic bronchitis, including cumulative estimates of marijuana and cigarette smoking over the previous ten years.

The researchers concluded that their findings support previous reports of higher incidence of lung infections in HIV positive people and that they provide new evidence that HIV may make people more vulnerable to complications from marijuana use.

The mechanisms suggested for HIV-specific factors included lung immune cell depletion and dysfunction, persistent immune activation, systemic inflammation, respiratory microbiome alterations, and oxidative stress many of which are likely to be more significant in advanced HIV, or with long periods of delayed/deferred use of ART.

Senior author, Dr Dana Gabuzda, summarised the clinical importance of these results: “The most important thing an HIV positive person can do for their health is suppress their viral load by taking their ART medication. The next most important thing is not smoking cigarettes. Our study suggests that marijuana smoke can cause similar problems if there is long-term heavy exposure.”

This is the first study to report different effects of marijuana smoking depending on HIV status and is important for completeness of smoking data to be able to show this is independent of tobacco use.

The safest alternative to smoking is probably adding marijuana to food (cakes, brownies etc) although dosing is more difficult to predict. Pharmacokinetics with oral administration include longer time to absorption and also longer therapeutic effect.

Discussion papers on vaping marijuana raise concerns about toxins release from the vape process and generally conclude there is too little evidence to comment on safety. [2, 3]