In memory: Timothy Ray Brown – the Berlin patient, the first person to be cured of HIV 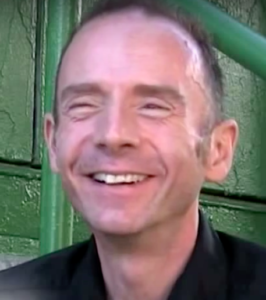 Timothy Ray Brown, filmed at the International AIDS Conference in 2015 for ‘Is a cure for HIV possible’. [6]

It is with great sadness that we report that on 29 September 2020, Timothy Ray Brown, the first person to be cured of HIV, died age 54, following a five-month battle with leukemia.

The news was announced by his partner Tim Hoeffgen on Timothy’s Facebook page. [1]

Over the next few days, before this reached mainstream media, hundreds of people paid tributes online to the inspiration he had given them and many thousands more, connected in community networks internationally, shared this loss, remembering the unique impact he had on our lives.

For most, this news was unexpected, even though during the previous week he had released a few interviews reporting how he was again seriously ill, though it was nothing to do with HIV. [2, 3]

Timothy was first known as the Berlin Patient. In 2007, while living in Germany, he had received an allogeneic stem cell transplant as a last treatment for refractory leukemia and he repeated this traumatic therapy in 2008 after the cancer returned. The second time, his doctors made the remarkable decision to use a donor with the CCR5 genetic deletion which blocks the most common form of HIV from establishing infection. This was the first time this had been tried in HIV and also involved stopping HIV treatment. Not only did this send the leukemia into remission, but HIV viral load also failed to rebound.

Establishing this as a definitive HIV cure however involved months of working closely with his doctors and providing countless tissue samples including lymph and gut biopsies. He also continued to do this to help answer research questions ever since.

This first case of an HIV cure was an astonishing achievement. Even though the procedure was so traumatic that Timothy was vocal about not wishing anyone else should have to go through it, his case inspired hope globally.

But Timothy then took it further, talking publicly about his experience and devoting most of the next decade to HIV activism. He was not content to just be cured for himself, he was determined to use his profile to raise the importance of finding an easier HIV cure for everyone else.

Everyone who met Timothy in this new role – likely many thousands – were immediately struck by his dedication and modesty. Or they could read about his story in any of the hundreds of interviews he gave to both mainstream and community press. [4, 5]

He was always happy to talk about his experience, no matter how many times he must have had to answer similar questions and he did this carefully because he could see how his story reached HIV positive people in all countries. Whether the meetings he spoke at were international conferences or smaller community meetings, he had time to talk to everyone, always smiling and always with humour and style.

He will be remembered with kindness and our thoughts are with his partner, family and many many friends.

On 16 February 2021, a celebration and virtual memorial was held for Timothy with many community speakers talking about the special impact he had on life. This would have been his 14th “cure’ birthday. This recording is now online:
https://youtu.be/mCYrznU8JI8

This report was first published online on 1 October 2020.