HIV in the UK: diagnoses continued to fall during 2019 but 42% are still late

The results showed a continued decline in diagnoses across all risk groups easily meeting overall aim for more that 73% of people to be virally suppressed. The UK now reports 94%, 92% and 89% for the UNAIDS targets of 90:90:90, for the percentage of HIV positive people overall who are diagnosed, on treatment, and virally suppressed respectively. See Figure 4.

However, late diagnoses continues to be a serious concern with 42% of people were diagnosed with a CD4 count <350 cell/mm3 – associated with an 8-fold higher risk of mortality. 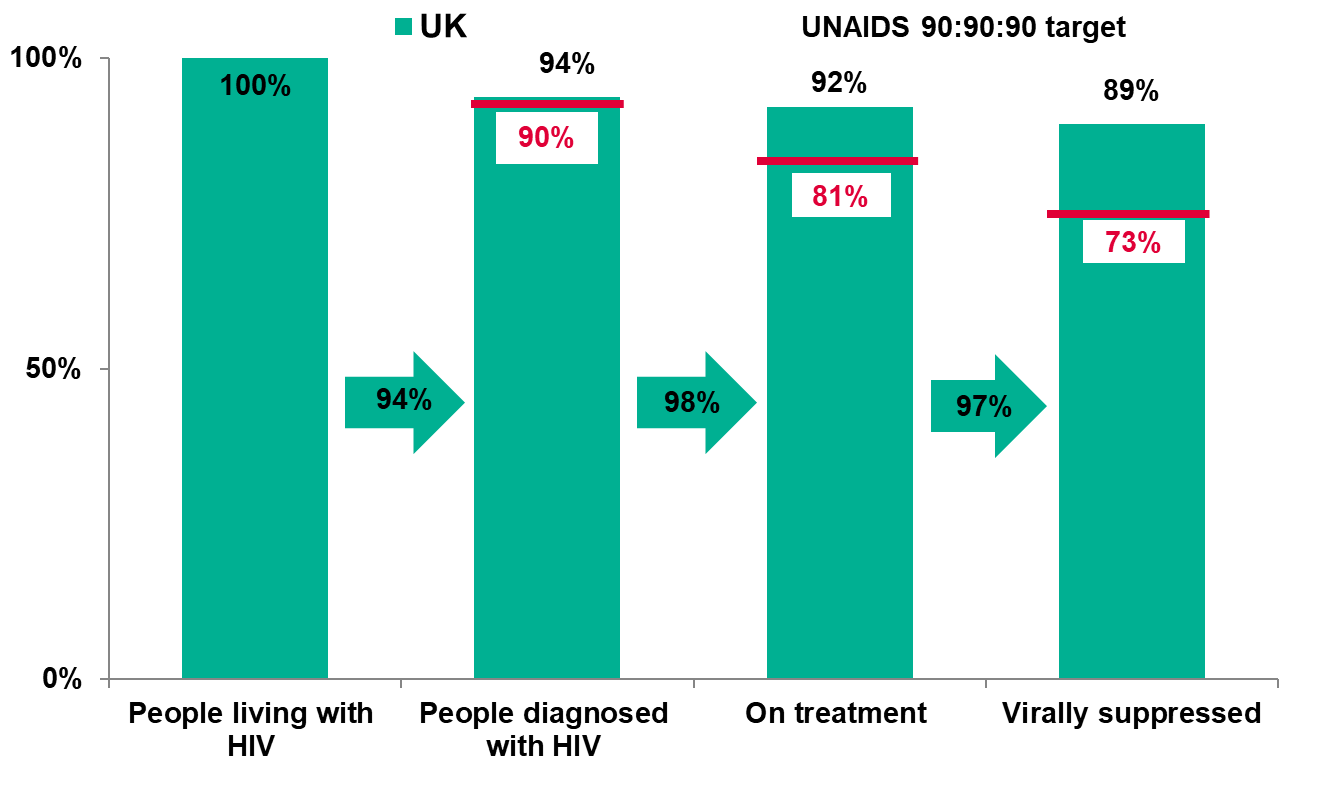 A summary of findings are included below.

Gender is not recorded, so figures for transgender women and men is not available.

Steeper declines from 2018 to 2019 are highlighted for the following groups (but not yet available for 681 people);

Figure 3 from the report is included below to summarise declines in main risk groups since 2015.

Figure 3: New HIV diagnoses in the UK by probable exposure group and location of first diagnosis, 2015 to 2019 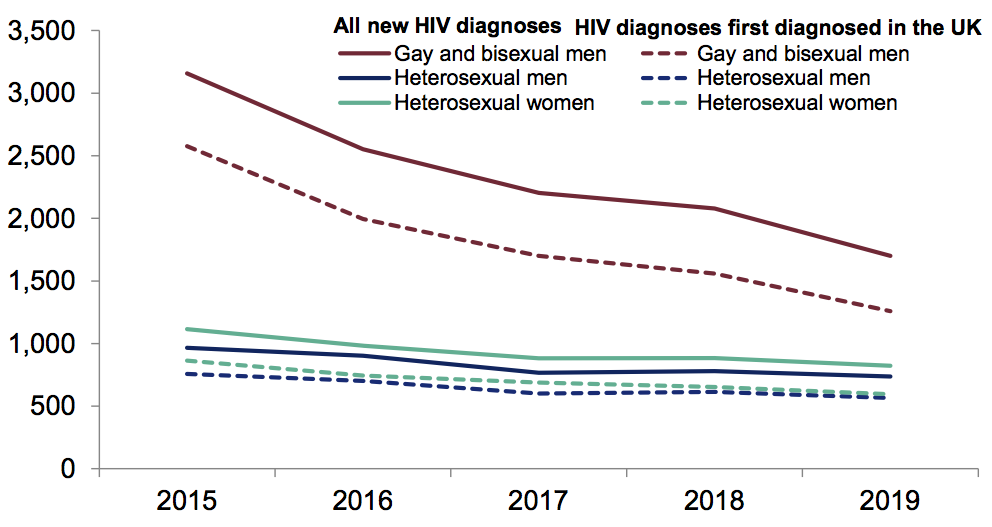 The number of HIV tests in sexual health services increased by 6% to 1,310,731. Take up in sexual health clinics was 65%, with approximately half of the 550,000 people who were not tested were not offered a test and half declined. Just under 1 in 5 tests were postal kits via internet services (up by 68%).

Screening more than 1,500,000 blood donations (presumably for antibodies rather than PCR, though not specified), led to 9 HIV positive results.

The data and resources cover the year up until December 2019 and include:

PHE will be holding a webinar on Thursday 19 November 10 am to 12 pm to present the latest statistics and progress in ending HIV transmission. Early registration is recommended due to limited places. (https://snapsurvey.phe.org.uk/snapwebhost/s.asp?k=160448975063)

The report concludes with speculation on the likely impact of COVID-19 on HIV and STIs this year with a report from preliminary data for 2020 planned for later this month.

These annual data and reports are essential to the UK response to HIV.

The continued production during the difficulties of COVID-19 and the plans to provide data for 2020 later this month are also notable and important.

The continued drop in new diagnoses is good news, but public health strategies are clearly needed to reduce late diagnoses which continues to be difficult in many other high income countries.

This article was first posted on 3 November 2020.