ViiV goes for gold: US premium pricing may threaten dolutegravir use in Europe 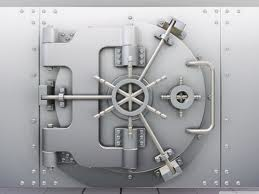 Will dolutegravir be locked away from European patients?

On 12 August 2013, the FDA approved dolutegravir in the US. i-Base reported the news with an article linked to previous clinical trial results that noted not only the potential advantages but also some of the cautions. [1]

One of the concerns was how the price, which didn’t accompany the original company press statement, would be critical for whether dolutegravir finds a significant market.

While pricing is complex, the first indications of where ViiV have set their new drug are not encouraging. Unfortunately, dolutegravir has been priced as a second- rather than first-line option, with a US Wholesale Acquisition Cost (WAC) price of $1175 per month for 30 tablets ($39 per day, $14,105 per year). [2] When used by someone with integrase resistance the dose increases to 50 mg twice a day, presumably doubling the cost.

The once-daily dose is higher than the two currently approved integrase inhibitors raltegravir and boosted elvitegravir that have annual WAC prices of $12,976 and $13,428 respectively. In the US market this will make a dolutegravir-based combination approximately 25% higher than the most widely prescribed first-line Fixed Dose combination (FDC) Atripla (efavirenz/tenofovir/FTC), but comparable to protease inhibitors (see Table 1). [3]

The WAC is useful for comparison to other HIV drugs. It reflects the price wholesalers are asked to pay for a drug, but discounts are usually negotiated, and it is set by the manufacturer with no input from the FDA. It is the catalogue price before rebates and discounts are given for volume purchasing (and before retail markups and discounts are calculated). This is different to the average wholesale price (AWP) referred to in the US DHHS guidelines. [4] AWPs are largely benchmarks used by public and private payers and are calculated by third-party institutions. The AWP can be 20-30% higher than the WAC.

The price is in contrast to the public statements of GSK CEO Andrew Witty who had stressed that pharmaceutical companies are benefitting from modern technology to reduce the costs of drug development and that these savings should be passed on to consumers with lower prices. He has also stated that bringing a drug to market costs closer to $300 million rather than the more frequently asserted $1 billion and that this is as “one of the great myths of the industry”. [5] GSK are the major shareholder of ViiV Healthcare (85% vs 15% with Pfizer).

It is difficult to see how this is good news for anyone. The only way dolutegravir is likely to become widely used in the UK – and many other European countries with national healthcare systems – is if the discounted price matches current first-line therapy such as Atripla. Setting a price in the US that is higher than both currently approved integrase inhibitors (raltegravir and elvitegravir) is the best way of ensuring that they do not reach patients who need them. Shareholders, in whose name the rational for high pricing is often deferred to, should be furious. By focusing on a high drug price, they are following the approach taken by Gilead when the FDC Stribild was approved last year. [6] ViiV look set to slash their potential market even before the medicine reaches the pharmacy.

The potential to use dolutegravir in resource-limited settings, where it is likely to offer advantages over standard-of-care for first-line and second-line treatment, is even more connected to its price. The dramatically reduced cost of ARVs in resource-limited settings is already considerably lower. For example, annual costs are US $130 for an FDC with tenofovir/3TC/efavirenz and US $306 for a combination of atazanavir/ritonavir plus separate tenofovir/FTC. [7]

The target price for dolutegravir to become a first-line option in resource-limited settings is approximately US $ 60-70 per year. This is the challenge that ViiV, working with other major organisations that are driving global access to HIV treatment, needs to meet. This low milligram dose, together with sufficiently large orders, could enable a generic formulation for $30 making a commercially generic achievable at twice this price. [8]

This may be a longer term goal, but it is an important one.

* WAC for Stribild minus WAC of tenofovir/FTC, for price comparison only as not currently available as separate formulation.

By not pricing dolutegravir as a first-line option, ViiV have missed the opportunity to radically change the way HIV drugs are prescribed.

Unless subsequent negotiations and discounts directly address this positioning, dolutegravir is unlikely to be widely used in the UK.

Drug development is futile if better drugs do not reach their potential to improve the lives of people who they were designed to benefit. Premium pricing is no longer a model for drug pricing.

As a guide for comparison, dolutegravir costs more than ten times the cost of gold; at $0.78 compared to $0.043 per milligram. It is hardly compensation to realise that by weight, dolutegravir pricing might be considered modest compared to Janssen’s rilpivirine, which at more than $47 for a 25 mg daily dose is just short of $2 per mg. These are uncomfortable comparisons given their role as life-saving medicines. [9]

ViiV says that it is not able to discuss pricing in the UK until after dolutegravir receives approval by the European Medicines Agency, and a decision is expected later this year. However, Marc Meachem, Head of External Affairs at ViiV Healthcare in the US, said that prices are set individually in each country and that European prices are not connected to charges made in the US. He explained that the US price included two assistance programmes for people who either have no health insurance – when dolutegravir will be provided free – or who are on low income – when insurance contribution (out-of-pocket) charges will be subsidised.

However, he also confirmed that integrase-experienced patients in the US who required the twice-daily dose would be expected to pay double prices. This seems particularly unfair given how few people are currently in this situation and how this will disproportionally affect those people who are most in need of life-saving options.

ViiV is already in negotiations for with a generic manufacturer, in which the company will provide dolutegravir under a royalty-free agreement. Until further details are available it is difficult to comment on the impact this will have in resource-limited settings, as ViiV is unlikely to have any control over the price that the generic company charges.

Thanks to Polly Clayden and Tim Horn for feedback and comments on this article.