The HIV lifecycle in detail 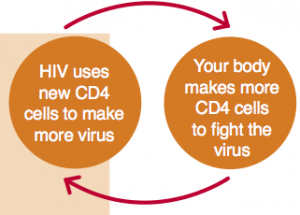 Like other living things, viruses need to be able to reproduce.

The process is called the HIV lifecycle.

Each replication cycle only lasts 1 to 2 days. It has several stages and different HIV drugs are active at different stages. HIV drugs are called inhibitors because they inhibit or stop parts of the cycle. 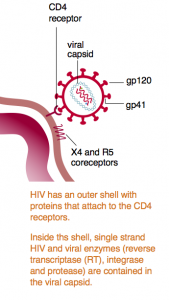 An important concept about ART, is that HIV drugs only work on CD4 cells in your body that are awake and actively producing HIV.

However, most CD4 cells in your immune system are sleeping or resting. The resting cells, even if they contain HIV, are not affected by ART.

Reaching HIV in resting cells is a main aim in HIV cure research.

There are six main types (or classes) of drugs that work against different parts of the HIV lifecycle.

There are more than 30 HIV drugs and formulations. Only a few combinations are now commonly used.