Viral load is the most important factor. This is more important than condom use.

Viral load determines how infectious bodily fluids are. Levels are highest in someone who is recently infected (up to 40 million copies in a millilitre of blood). By comparison, someone on treatment with an undetectable viral load has less than 50 copies/mL (see Figures 2 and 3). [3]

If viral load is undetectable, there is zero risk of HIV.

PrEP also protects against HIV, even when viral load is very high.

in 2014, the PARTNER study reported no linked HIV transmissions when viral load was undetectable.

It included periods when viral load was likely to blip between tests and when there were other STIs.

In 2018, the PARTNER 2 study produced even more evidence to support the safety in gay men. This time, with no transmissions after couples had sex 77,000 times without condoms. [2, 3] 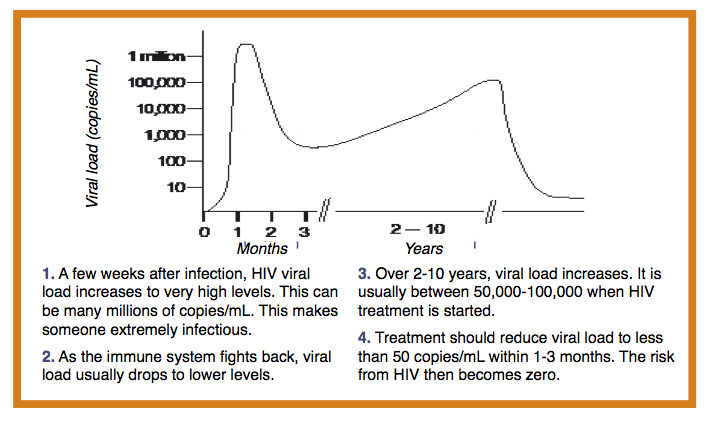 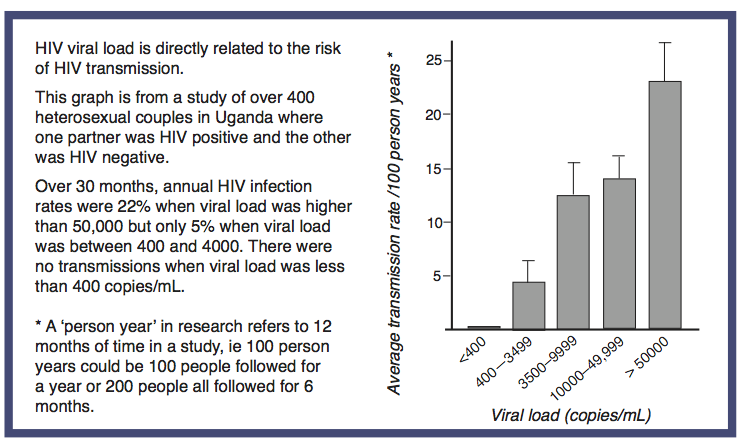 NOTE: Person years is used when calculating risks. It allows for all the time that different people contribute to a study, even when this might be years for one person and only months for another.