New Frontiers: Inaugural meeting of the British Society for Nanomedicine

NOTE: This pre-press draft article is due to be published in the November/December edition of HTB. 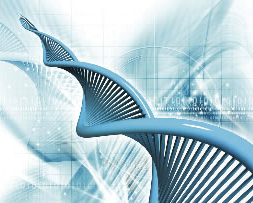 The inaugural meeting of the British Society for Nanomedicine (BSNM) was held in Liverpool from 15-16 October 2012. It was the formal launch of the society, and acted as forum for exchange on the latest advances in nanomedicine as well as future prospects and challenges.

By involving researchers, clinicians and members of industry and community from the beginning, the BSNM will hopefully establish itself as a leading nanomedicine organisation. In this regard, the UK plans to catch up, as equivalent European and American societies for nanomedicine are already established. Nevertheless, presentations given by Lajos Balogh (one of the five founders of the American Society for Nanomedicine – ASNM) and Beat Loffler (co-founder of the European Foundation for Clinical Nanomedicine – CLINAM) shows that the BSNM is already working as part of an international network.

The programme for the day covered a wide range of topics, including:

Three other presentations were of particularly interest, the first of which was given by Andrew Owen from the University of Liverpool and the current Chair of the BSNM. He spoke about the application of solid drug nanoparticles to treat HIV. The talk focused on oral nanoformulations of efavirenz and lopinavir, which off the back of promising in vitro work are now on the verge of entering clinical trials. Although produced in a solid state, the formulations are also water-soluble. This increases the possible modes of drug delivery, as well as giving more storage and transportation options – something of particular importance in resource limited settings.

Vicki Stone from Herriot Watt University, Edinburgh then presented on the safety of nanomaterials. She cited the current confusion surrounding the toxicities as a result of the differences in the methods used to study them. Her group has focused on research into gold, silver, titanium dioxide and multi-walled carbon nanotube (MWCN) particles, all of which have connections to nanomedicine. Various tissue types were exposed to the particles and then any subsequent changes in gene expression, inflammation markers and oxidative stress were recorded. Supplementary in vivo work using rats looked at any further effect on the markers of cytotoxicity from the route of exposure (intravenous or inhalation) with the nanoparticles.

The results showed large differences in cytotoxicity between different types of tissue, with the liver being the most consistent tissue type to predict overall cytotoxicity. Cytotoxicity was greatest when the animals were exposed intravenously. However, and worryingly, distal organ inflammation was also seen after exposure via inhalation even when no local inflammation of the lung was detected. This supported other research that tracked had previously found up to 95% of inhaled nanoparticles end up in the liver, where it could potentially lead to inflammation and/or cause cytotoxicity.

Clearly, as with conventional drugs, nanoformulations must be be supported by both safety and efficacy data. The work suggests a previous underestimation of potential toxicities, in part through a lack of a suitable model to test for them, but also from not checking for toxicities in distal tissues. Standardisation and expansion of these testing systems are therefore essential if nanoformulations of drugs using materials such as gold and silver are to become viable.

A cautionary note then came in a presentation by Henry Stemplewski from the Medicines and Healthcare products Regulatory Agency (MHRA), London. He outlined the difficulties in regulating nanodevices and nanomedicines for the UK market. The primary problem appears to be a lack of specific nanomedicine guidelines. However, even in the U.S. where the FDA has specific guidelines, much of the data used to decide approval drug candidates are actually based on the non-nano formulations.

This led to a discussion of whether separate toxicity, immunotoxicity and other “nano-specific” tests were warranted as part of any nanomedicine guidelines. The consensus amongst the audience was mixed and with no real clarity emerging, this appears to remain unresolved at present.

However, the concerns over future regulation strategies are actually in contrast to the many nanomedicine products that already in use in U.S. and to a lesser extent the UK. These include a liposome type carrier system for the anti-cancer drug, doxorubicin (caelyx), a reduced scale nanoformulation of the drug sirolimus, (given to prevent organ transplantation rejection) and pegylated interferon for the treatment of chronic HCV infection. They have all been proved safe and efficacious and show that nanomedicine is not just a future prospect.

The conference culminated in a panel discussion, which allowed topics brought up during the meeting to be expanded upon in detail. The main talking point was on increasing public awareness of nanomedicine and improved communication. This would encourage an openness to research and hopefully create realistic expectations of what nanomedicine can offer. Fortunately, this push for greater communication (to the public and between researchers and clinicians) was deemed to be vital to the society’s success.

The opening conference for the BSNM covered a variety of topics on nanomedicine and acted as an excellent opportunity to understand the current state of the science in the UK. The cautionary presentations given on the potential toxicities of nanomedicines and related regulatory challenges were then balanced out by the encouraging research into antiretroviral nanoformulations. Overall, the inaugural meeting portrayed an honest view of nanomedicine in the UK: full of innovative research and slowly making its way into medical care.

Please see the BSNM website for more information on nanomedicine (from background to current research abstracts, including educational resources and video links).

Different levels of memberships are available, free to all.

A detailed report from a meeting last year on potential nano medicines for HIV and TB treatment was published in HTB last year.