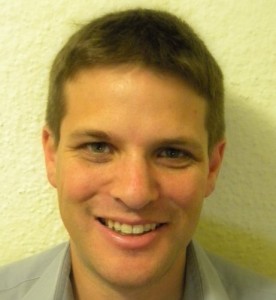 World Health Organization (WHO) guidelines are extremely important. Treatment policies in developing countries are guided by WHO and activists in these countries use WHO guidelines in their advocacy work.

Currently, WHO guidelines recommend that people with HIV start antiretroviral treatment (ART) when their CD4 counts fall below 350 CD4 cells/mm3.

However, several countries have changed their ART guidelines to recommend treatment irrespective of CD4 count or at treatment thresholds of 500 CD4 cells/mm3. [1, 2, 3]

This article looks at the implictions if WHO also recommend that treatment start at 500 cells/mm3 which is one of the changes under consideration.

To understand the impact of the WHO guidelines, consider that there are more people living with HIV in Nigeria than in the whole of North America, Western Europe and Australia combined. Even a small country like Zimbabwe has more people living with HIV than the whole of Western Europe. [4] Sub-Saharan African, Caribbean and Asian countries are strongly influenced by the WHO guidelines, much more so than the Department of Health and Human Services (DHHS) Guidelines published in the United States. This is especially the case for countries where treatment is primarily provided through funding from the Global Fund to Fight AIDS, TB and Malaria (GFATM) or the US President’s Emergency Plan For AIDS Relief (PEPFAR).

When considering changing the CD4 initiation threshold, or dispensing with a threshold entirely, we need to consider the evidence of such a change for both an individual patient’s health and for HIV prevention.

The HPTN 052 trial showed that ART greatly reduces the risk of an HIV-positive person transmitting HIV to his or her partner. This finding was consistent with compelling observational data. [5]

The WHO subsequently published guidance on couples HIV testing and counselling and this included the recommendation to use antiretroviral therapy for treatment and prevention in serodiscordant couples. [6] Although completed and printed for distribution at the IAS meeing in 2011, this version was withdrawn and publication was subsequently delayed by until April 2012.

Nevertheless, for many places it is not unequivocally clear that changing the CD4 initiation threshold to 500 CD4 cell/mm3 would have a significant effect on HIV incidence. In contrast to where reduction in community viral load has been shown to reduce incidence, sub-Saharan African cities have primarily heterosexual epidemics that are possibly in many cases saturated. On balance it is likely that further reducing viral load will reduce incidence in sub-Saharan Africa, but this is not a given. Moreover it has to be discussed with and proven to policy makers too because there are enormous cost implications of beginning this type of expanded treatment. This is why there are studies underway in African countries that will look at whether initiating treatment earlier reduces community incidence. [11]

The benefit to the patient should be the salient consideration in the WHO treatment guidelines (as opposed to the couples guidelines in which prevention of infection of the HIV-negative partner is the salient consideration). Caroline Sabin and others have shown that the observational evidence for changing the threshold from 350 is poor and does not meet the increasingly widely adopted GRADE standard. [12] GRADE is a methodology for assessing the quality of evidence. There are four ratings for quality of evidence in GRADE: high, moderate, low and very low. Using the GRADE methodology, the evidence for benefit to a patient from initiating treatment above 350 CD4 cells/mm3 is low.

Moreover, guidelines in some wealthy countries have changed to and fro on the issue of when to start over the last decade and a half: from ‘hit hard, hit early’ to postponing down to much lower thresholds, then to 350 CD4 cells/mm3. This is precisely why the INSIGHT Strategic Timing of Anti Retroviral Therapy (START) [13] and ANRS Early Antiretroviral Treatment and/or Early Isoniazid Prophylaxis Against Tuberculosis in HIV-infected Adults (TEMPRANO) [14] trials are being conducted–to answer once and for all when the best point to start ART is for patients.

One widely circulated myth that needs to be exploded is that HPTN 052 showed that starting above 350 CD4 cells/mm3 reduced disease progression. But the HPTN 052 initiation threshold was 250 CD4 cells/mm3, not 350. Data from clinical trials had previously shown that a treatment threshold of 250 cells/mm3 is inferior. [15, 16] But the question of whether a 350 cells/mm3 threshold is optimal remains unanswered.

There are three likely outcomes of the START and TEMPRANO studies:

Clinicians and AIDS activists have different expectations of what the trial result will be. But our personal prejudices don’t matter. The evidence is simply not available yet to form an opinion. The WHO needs to wait. [17]

If outcomes two or three turn out to be the case and the WHO has recommended earlier treatment it will undermine the organization’s treatment guidelines. At best there would have been serious cost implications for developing country health budgets; at worst patients might have been harmed. If the WHO keeps its threshold recommendation unchanged, and outcome one turns out to be the case, then the organisation would have simply taken the correct action by having waited for the evidence and in accordance with the principle of first do no harm.

The issue of cost

Cost is profoundly important when considering public health interventions. Activists should always be concerned about cost issues. To ignore them is poor activism, not only because policy makers do not take activists seriously who ignore cost, but because it is morally problematic to ignore cost. Public health policy involves making choices determined by cost. As ART becomes more nuanced, the relative cost per disability life-year saved becomes higher and the arguments for using the money elsewhere become harder to refute. As an example of how cost has informed activism in a developing country, the Treatment Action Campaign (TAC) has been cognisant of cost in its campaigns, despite demanding that the South African government implement treatment and prevention programmes. In a court case that dealt with prevention of mother-to-child transmission in 2002, the TAC included an affidavit that showed the court that the intervention would be cost-saving. Later the TAC published research showing that ART would be affordable for the South African government. By considering cost, the TAC was able to make compelling arguments for the implementation of life-saving interventions.

The current WHO ART guidelines for adults and adolescents included two important changes. [18]

It provided for treatment to be initiated at 350 CD4 cells/mm3 and for stavudine (d4T) to be replaced by tenofovir. Both of these changes have profound cost implications, but they are both supported by a very strong evidence base. Because the campaigns for these changes to be adopted by poor countries have been based on sound science, they have had some success. WHO guidelines should be seen as an achievable aspiration for poorer countries. Nevertheless, even today, several sub-Saharan countries initiate ART at 200 or 250 CD4 cells/mm3 with stavudine. This shows that cost is a critical factor, perhaps the most critical factor, in getting poorer countries to change their guidelines.

Changing the CD4 initiation point from 350 CD4 cells/mm3 in the new WHO guidelines would in our view be premature. It would have profound cost implications on Global Fund, PEPFAR and developing country health budgets. We would be willing to campaign for such a change in guidelines in spite of cost implications if it was supported by evidence. But the evidence is still outstanding. Expecting countries to move to a new CD4 threshold or to dispense with CD4 thresholds without sufficient evidence is a mistake.

One argument that has been made is that some ART sites cannot afford to perform CD4 counts and therefore eliminating CD4 counts from treatment guidelines makes sense. This argument is easily refuted. First, it is much more likely that such impoverished sites will in fact simply ignore guidelines and continue to initiate treatment only when patients are symptomatic. Second there are many sites in sub-Saharan Africa that do CD4 testing that should not have to change their guidelines because there are other places that do not have CD4 counts; guidelines should not be set on the basis of worst practice. Third, sites without CD4 tests almost always initiate with stavudine and it is probably harmful to initiate HIV treatment in people with high CD4 counts on stavudine.

If the WHO recommends a change that is unsupported by sufficient evidence and that has profound cost implications, it risks changing its guidelines from effective advocacy documents that developing countries can realistically aspire to into something that is unrealistic and ignored. This would be unfortunate and possibly harmful to many individuals.