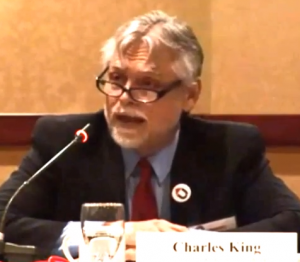 The task force included over 70 activists, health service providers, researchers, and public health professionals and met intensively over the past four months, reviewing over 300 recommendations.

Meeting proceeding are webcast [4] and the concluding statements by activist and co-chair Charles King from Housing Works are especially important. [5]

It is important that there was political leadership and support for this initiative.

Last month, Public Health England reported over 7000 new diagnoses in the UK last year, the majority of which were related to recent infections.

It is time that UK prevention initiatives also set ambitious and achievable targets for reducing new infections. These absolute goals can be used to evaluate efficacy of these programmes.