Pharmacokinetics of old and new TB drugs for children 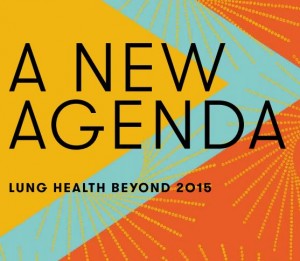 Several presentations at the 44th World Conference on Lung Health of the International Union Against Tuberculosis and Lung Disease showed pharmacokinetic (PK) data for anti-tuberculosis (TB) drugs in children.

These included new data on first-line drugs in infancy – a time of rapid growth and developmental changes that potentially influences drug disposition – at World Health Organisation (WHO) recommended higher dosing (since the revision in 2009).

Emerging data on drugs to treat children with multidrug resistant (MDR) TB – from an excellent ongoing programme in Cape Town – as well as the first on delamanid in older children was also shown.

The investigators reported no other significant differences associated with age, weight, prematurity, ethnicity or gender. The majority (85%) of infants had favorable TB treatment outcomes.

There were very low RMP exposures in infants, even when dosed at 15mg/kg/day. PZA and INH concentrations compared well to adult targets. EMB exposure was lower than suggested adult target concentrations, but equivalent to other paediatric studies.

The investigators concluded that the low RMP concentrations observed in infants require further investigation, particularly in the context of future treatment shortening trials in children.

Related data from Ghana showed, despite the use of revised WHO drug doses, low RMP and EMB Cmax were common among Ghanaian children with TB. [3]

The investigators concluded their findings suggest that higher RMP and EMB doses than currently recommended are necessary to achieve target Cmax in children.

Levofloxacin and amikacin for MDR-TB

Early data from suggested that an amikacin dose of 18-20 mg/kg and levofloxacin of 20 mg/kg should probably be given to children. [4]

Levofloxacin is the most frequently used fluoroquinolone for MDR-TB treatment and prevention in young children. It is currently dosed at 10-15mg/kg once daily.

The second-line injectable TB drugs are used routinely in MDR-TB treatment regimens, at a recommended paediatric once daily dose of 15-30 mg/kg. The PK of levofloxacin and the injectables have not been well characterised in children with MDR-TB.

Up to a quarter of children receiving injectables long-term will have permanent hearing loss. This severe adverse event is likely related to the total cumulative drug exposure.

The Department of Paediatrics and Child Health, University of Stellenbosch, Cape Town – that also performed the infant first-line PK study above – has a large ongoing study to characterise PK and toxicity of second-line TB drugs for treatment and prevention of drug resistant TB in HIV positive and negative children, by age and HIV status. [5, 6] The group showed emerging data from this study on the PK of amikacin and levofloxacin (the later using pharmacometric modelling).

The investigators previously reported PK and short-term safety data on amikacin PK in 28 children with MDR-TB at an intramuscular (IM) dose of 20 mg/kg showed a median Cmax of 47.1 ug/mL, which is above the currently proposed target Cmax of 35-45 ug/mL in a large proportion of children evaluated.

Further evaluation of amikacin dosed at 20 mg/kg and 15 mg/kg in 96 children found age to have a significant influence on IM amikacin by AUC but not by Cmax. There was no effect by HIV-status or nutritional status (WfA).

The investigators suggested that in order to achieve target adult Cmax of at least 35 ug/mL, an IM amikacin dose of 18-20 mg/kg should probably be given.

They noted that as the majority of children achieved a Cmax of >35 ug/mL at 20mg/kg daily, care should be taken not to exceed this dose unless TDM is available, as hearing loss is associated with cumulative amikacin exposure. They have not yet analysed hearing loss in this cohort.

Levofloxacin was dosed at 15 mg/kg and 20 mg/kg in 109 children and using modelling the investigators found the 20 mg/kg dose more closely approximates adult exposures than 15 mg/kg.

Ofloxacin exposures after a 20 mg/kg dose were low compared with adult targets in a further presentation from the Stellenbosch group. [7]

Ofloxacin is another fluoroquinolone used for the treatment of MDR-TB. Although it is gradually being replaced by levofoxacin and moxifloxacin, ofloxacin is still widely available. It is not known whether the current internationally recommended paediatric dose of 15-20mg/kg meets target adult exposures. After a standard 800mg dose in adults, median PK values are: AUC0-24 103 (48 to 755) ug.h/mL, Cmax 10.5 (8.0 to 14.3) ug/mL, and CL/F 0.12 L/h/kg.

In this study the investigators assessed a 20mg/kg dose of ofloxacin. Plasma samples were collected pre-dose and at 1, 2, 4, 8 and either 6 or 11 hours post-dose.

In multivariate analysis each additional kg of body weight increased AUC by 1.46 ug.h/L, p=0.006. Cmax also associated with age (p=0.005) and weight (p=0.029) but the investigators suggested that this should be interpreted cautiously.

The investigators noted that crushing tablets did not affect the overall bioavailability of ofloxacin. HIV and malnutrition had no effect. The investigators are using these data to simulate optimal dosing to achieve adult targets. But, despite low exposures the outcomes (not presented) were good at this dose raising questions about adult targets.

Exposure to delamanid 100 mg twice daily was safe and well tolerated in adolescents with MDR-TB. Plasma concentrations in this age group were within the range seen in adult studies, suggesting that the current standard adult dose is adequate for this age group. [8]

Data were from a phase 2, open-label, uncontrolled, trial of delamanid in children with MDR-TB aged 12 17 conducted at De La Salle Health Sciences Institute and Lung Center of the Philippines.

Delamanid was given with an optimised background regimen (OBR) for six months followed by OBR alone as recommended by WHO. The investigators performed clinical and safety assessments approximately every 2-4 weeks for up to one year. Sparse PK sampling for concentrations of delamanid and DM-6705 (a key delamanid metabolite) were conducted on days: 1, 14, 56, 98, 154, 182, 189, 196, 203, 210, and 238.

No participants discontinued before the end of the study but one had delamanid withdrawn due to non-adherence and subsequent pregnancy. There were no serious adverse events reported. The most common adverse event reported was headache, reported in five participants (71.4%). No one experienced an absolute QTcF greater than 500ms.

During delamanid treatment, the median Cmax ranged from 354 to 657ng/mL. Compared to adults, median delamanid concentrations were higher in this age group but within the adult range. Median DM-6705 levels were lower than in adults.

Delamanid is now being assessed in children younger than 12 years of age.

More data is needed to confirm the delamanid results; n=7 is very small for a drug with relatively high PK variability.

Unless stated otherwise, references are to the programme and abstracts of the 44th World Conference on Lung Health of the International Union Against Tuberculosis and Lung Disease, 2 – 6 December 2015, Cape Town.