ZERO: no linked HIV transmissions in PARTNER study after couples had sex 58,000 times without condoms 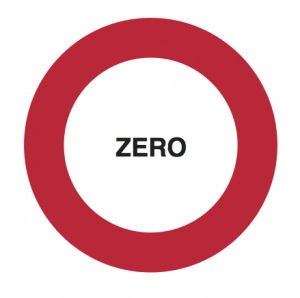 Published to coincide with AIDS 2016, and also presented at the conference, the PARTNER study results showing the impact of HIV treatment (ART) on reducing transmission will benefit millions of people globally.

These results question whether HIV transmission is anything other than a theoretical risk when someone is taking effective ART. This reverses the common assumption that, by definition, some level of risk always exists when one partner is HIV positive.

The PARTNER study provides good evidence that undetectable viral load might be a threshold below which sexual HIV transmission does not occur. The PARTNER study is important in that it included both gay and straight couples, that it measured risk in people who were not using condoms and that it estimated absolute risks.

Between September 2010 and May 2014 the PARTNER study prospectively enrolled 1166 serodifferent couples at 75 clinical sites in 14 European countries. Entry criteria included the positive partner having an undetectable viral load on ART and that the couples were not always using condoms when they had sex.

Follow-up included routine sexual health checks (including HIV testing for the negative partner) and each participant also completed a sexual history questionnaire for each period to look at different types of risk. Couples were only included in the final analysis when the most recent viral load for the positive partners was undetectable – defined as <200 copies/mL. The primary endpoint was the rate of within-partner transmissions, determined by phylogenetic analyses for all couples in which the negative partner became positive.

Of 1166 couples enrolled, 1004 couples had at least one follow-up visit and 888 couples provided 1238 couple years of follow-up (median 1.3 years, IQR 0.8 to 2.0) per couple. This included 548 heterosexual (HT) couples and 340 gay male couples. The main reasons for data not being included in the follow-up analysis were: not yet reaching first follow-up visit (n=162), lack of HIV test (n=20), use of PEP or PrEP (n=9), no condomless sex (n=15), viral load >200 copies/mL (n=55) and lack of viral load result (n=17). There were no significant differences between couples who contributed to follow-up data compared to those who did not.

Although 11 people became HIV positive, none of these infections were phylogenetically linked transmissions. This was after at least 58,000 distinct times when couples had penetrative sex without condoms.

Baseline demographics were reported – as with all results – by categories of HIV status, gender and sexuality, with some differences between groups. This makes summarising results complex, but the median age ranged from 40 to 44 (with IQR overall ranging from 31 to 50 years). Gay men and HT women were a few years younger than HT men. Approximately 80% of the HT men were white compared to 70% of women and 90% of gay men. A higher percentage of gay men had education to college/university or higher (approximately 50% compared to 19% to 35% for heterosexuals. Although some of these differences were significant, they reflect the diversity of people living with HIV (other than there were fewer very young adults involved).

Based on data from the negative partners, overall, couples reported having sex without condoms just less than once a week: a median of 37 times a year (IQR 15 to 71). Gay couples reporting condomless sex at least 22,000 times (median 41 times a year; IQR 17 to 75) and HT couples more than 36,000 times (median 35; IQR 13 to 70). These were estimates from recall and partners did not always report the same numbers. Some couples reported sex outside the main relationship: 108 gay couples (33%) and 34 HT couples (4%).

None of the 11 incident HIV infections in negative partners (10 gay and one HT) were phylogenetically linked to the positive partner. Most people (8/11) reported having sex without condoms with people outside the main relationship. All samples (n=22) were successfully sequenced for pol and 91% (n=20) were sequenced for env. None of the partner sequences clustered together and the results were consistent after using several different analyses. Additional details for these analyses are described in the online supplementary material. [2]

With zero transmissions, the upper limit of the 95% confidence interval (95%CI) for the overall study was 0.3 per 100 couple years of follow up (CYFU). Each category of specific risks, given that the calculations are a factor determined by study numbers and power, had different upper 95%CI boundaries: for example, 0.88 for HT sex overall vs 0.84 for gay sex overall.

Two non-technical Q&A resources on these results are also online from i-Base and the PARTNER study. [3, 4]

Simon Collins is a community representative on the steering committee of the PARTNER study.

These results are simple to understand – zero transmissions from over 58,000 individual times that people had sex without condoms. They are also notable for the complexity of the analysis that was needed to prove that none of the new diagnoses were linked transmissions from within the couple.

Together, this provides the strongest estimate of actual risk of HIV transmission when an HIV positive person has undetectable viral load – and that this risk is effectively zero. While no study cannot exclude the possibility that the true risk might lie within the upper limit of the 95%CI – even if the true value is actually zero due to some as yet unproven mechanism – the 95%CI can never be zero, just become increasingly close. Neither the presence of STIs nor likely viral load blips between tests had any impact in enabling transmission.

The results provide a dataset to question whether transmission with an undetectable viral load is actually possible. They should help normalise HIV and challenge stigma and discrimination.

The results challenge criminalisation laws that in many countries, including the US, continue to imprison hundreds of people based on assumptions of risk that these results disprove, even when condoms are used and viral load is undetectable.

Activist Sean Strub, from the SERO project (www.seroproject.com) said: “Hundreds of people living with HIV in the US have been charged with criminal offences for the perceived or potential risk of HIV exposure or transmission. Some are serving or have served long prison sentences for spitting, scratching or biting and others for not being able to prove they had disclosed their HIV positive status before having sexual contact (even in the absence of any risk of HIV transmission).

HIV criminalisation has created a viral underclass in the law, further burdening a disenfranchised community, putting a disproportionate share of the shared responsibility for preventing sexually-transmitted infections on one party, and discouraging people at risk from getting tested for HIV.”

The results will also have a positive impact on quality of life of both HIV positive and HIV negative individuals who are in serodifferent relationships, irrespective of their choice to use condoms.

This study generated such interest that within a few days of the i-Base reports being posted, Facebook links had been shared more than 300 times, with a reach of 40,000 people.

Several other HIV organisations translated the articles and versions in Spanish, Russian and Turkish were soon online, with edited versions being distributed in many other countries including South Africa and the US. [6, 7, 8, 9, 10]

This unprecedented level of interest for an i-Base report reflects the importance of these results to people living with HIV.