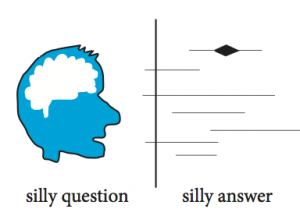 Although the Cochrane review process is designed to minimise subjective assessments and bias from studies, setting the initial questions is highly subjective.

And if the review asks a question that is not appropriately matched, the results are likely to be nonsense.

A recent Cochrane review of new hepatitis C (HCV) drugs has discredited what can be a useful process for combining results from multiple studies. Of more concern, irresponsible reporting of the review by mainstream media risks limiting access to effective treatment.

It asked what appears to be a reasonable question: whether new HCV drugs prevent liver-related serious health complications including mortality. It then reviewed 168 research studies of multiple new HCV drugs – called direct acting antivirals (DAAs) – and reported a lack of evidence showing benefits.

Importantly, the lack of evidence is very different from a lack of effect.

DAAs are in fact so effective that they cure nearly everyone within 8 to 24 weeks. This means HCV studies are short-term even if extended follow-up continues for longer. But the serious liver-related complications used as endpoints in the review are generally long-term events, with risk accumulating over years and sometimes decades.

DAA studies are much too short-term to see these endpoints, so there is not enough evidence to prove benefit on these criteria. DAA studies are usually either:

In either of these situations, there are likely to be few differences between active vs control groups.

Further reporting by mainstream media of the top-level results without critically reviewing the study, included an article by the health editor in the Guardian, that is even more unhelpful than the original review. [2]

In the spirit of irresponsible and alarmist journalism that is unfortunately common when looking to make headlines rather than explain science, the story in the Guardian is instead likely to cause harm:

Using the Cochrane review to manipulate essential issues over access to highly effective medicines is dangerous and irresponsible. It also questions whether a peer-review process should pick up methodological weaknesses for these reviews.

News media – including community press – needs to critically access scientific studies before treating health stories as news that can be spun for a headline.

Instead, the mainstream media could have found ways to explain how scientific approaches were being distorted. A similar Cochrane approach to smoking cessation programmes would find a similar lack of evidence for health: these short programmes wouldn’t see different rates of lung cancer in each group, but no-one would be stupid enough now to question the clear benefits from quitting.

HCV drugs are currently shockingly over-priced and cost is limiting access to many people who need them – both in the UK and globally. This challenges their cost-effectiveness in different settings but not their effectiveness.

Access to DAAs for people with HIV/HCV coinfection is becoming steadily easier. This is covered in detail in a new i-Base guide to coinfection – available in print and online. As with all i-Base resources, this comprehensive easy-to-read guide is available free, including in bulk for UK clinics. [3]