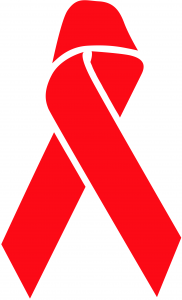 Both are essential reading, as are the surveillance tables for 2016 that are the basis for the reports and that are also published online. [3]

The 2017 UK HIV surveillance report is notable for reporting the most significant drop in HIV incidence for over a decade: fewer people were diagnosed HIV positive, even though more people were tested. This was not part of a steady decline but was driven by a rapid drop in new diagnoses in gay men.

In response, this year the main report has been restructured to emphasise the potential to end the HIV epidemic in the UK rather than just presenting a summary of the surveillance data.

This is organised into three main sections (plus appendices tables):

Throughout, there is an emphasis on the importance of new approaches that are likely to explain the drop in incidence.

The big news is that new diagnoses last year fell by 16% – against a background of consistently high incidence from 2000 to 2015 – with approximately 6000 new diagnoses reported each year.

The HIV testing report (only for England) notes that more than one million tests were carried out in 2016 (approximately half in antenatal care), with 100,000 tests in gay and bisexual men.

However, although overall estimated numbers of people living with HIV (both in care and undiagnosed) steadily increased from 2000 to 2013, this total has changed little or fallen in the last few years (from 107,000 in 2013 to 102,000 in 2016). This is only partly accounted for by having fewer people who are undiagnosed. See Table 1.

Although this decrease was driven by significant drops at five highest incidence clinics in London, similar percentage reductions reported in all regions of the UK, were likely driven by centres in other cities with high HIV expertise, following a similar shift to earlier testing and ART.

Also, although the report places a heavy emphasis on the reductions in gay men diagnosed in London – rightly because of numbers of diagnoses at very high incidence clinics – these declines occurred in every region in the UK. The impressive 29% reduction in London was relatively modest in percentage terms, compared to drops of 61% in Wales, 43% in Northern Ireland, 34% in the East Midlands and 33% in Scotland. (See Table 2).

The breakdowns by gender, age, route of transmission and geographical region show that diagnoses in heterosexual men and women also fell, partly related to different patterns of migrations. Approximately half of heterosexually acquired HIV occurred in the UK and half outside the UK.

Approximately 2% of HIV diagnoses were related to injecting drug use – roughly constant each year.

Late diagnosis, defined as having a CD4 <350 cells/mm3, is still a significant concern, perhaps more so than is reported.

So although the report describes a 45% decrease in late diagnoses compared to 2007, which might sound impressive, this approach to comparing percentages doesn’t adjust for the higher numbers of people who were diagnosed in 2007.

Using the total diagnosed for each year as a denominator, the figures for late diagnosis have changed little and remain worryingly high.

Here the demographic breakdowns are very useful to inform programmes that might have a great impact.

Younger people were less likely to be diagnosed late (31% of those aged 15-24, compared to 57% of those aged 50-64 and 63% aged >65 years old. Regional differences were also significantly different with London at the lowest rate (36%) with other regions varying between 42% to 47%.

While overall mortality for people diagnosed promptly has now normalised to the general population (1.22 vs 1.39 per 1000, respectively) rates are more than 20 times higher (26.1/1000) for those diagnosed late.

Overall, while the results are groundbreaking, they only take us back to 2010 levels, we still have a long way to go. (see Table 1).

The third section of the report highlights the generally excellent level of care available to HIV positive people who are diagnosed: approximately 96% are on ART and 97% of those on ART have undetectable viral load.

With median age of 46 the report highlights that more than one-third (38%) are now older than 50.

Demographic breakdown by ethnicity includes that 14% of gay and bisexual men were from black and minority ethnic (BAME) groups and among heterosexuals, 58% were black African and 25% were white.

Summary data are also included on TB coinfection (2015 data) and transmitted drug resistance (7.5% mainly to a single class, with rates stable since 2005),

Next year, the experiences of HIV positive people in these reports will also be included. In 2018, for the first time, the report will include results from a cross-sectional survey of approximately 4,400 demographically representative people receiving care.

The annual UK surveillance reports are amongst the most timely and comprehensive national datasets and they have tracked patterns in HIV incidence and mortality since the 1980s. The more recent testing reports is an essential new development.

While the reports are essential summaries, on a few generally small points the narrative doesn’t necessarily correlate with the data.

One is the way some percentages are used to compare results from different years (including the late diagnoses example above), rather than using the number of people diagnosed each year as the denominator.

Another is to report the drop in diagnoses in gay and bisexual men as having occurred “for the first time in over thirty years”. Annual diagnoses have sometimes gone down (though only modestly) and the extent of the drop this year is really significant.

The challenges for subsequent years are whether this improved signal can continue or whether the combination of frequent testing, early ART and PrEP simply reduced transmission to the people at highest risk – who were easiest to reach but being seen at large urban clinics who had responded quickly to incorporate new services.

An optimistic signal comes from the similar percentage reductions that were reported from all regions of the UK. A pessimistic response comes from the lack of central government investment in health care, especially sexual health, such that some clinics (anecdotally) are being told by health providers to cap the number of HIV tests, even if this limit is reached early in the year.

Another is that the long-awaited PrEP IMPACT study in England, might only have a limited effect on HIV incidence if it primarily enrolls those who were previously buying PrEP online.

Clearly HIV services, together with all other areas of health, need to resist policies that progressively destabilise and dismantle the NHS.