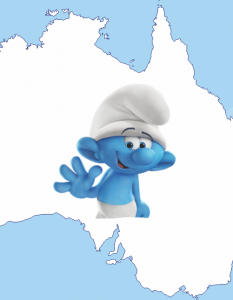 Results from sexual health behavioural surveys of gay men in Melbourne and Sydney report that broad and rapid access to PrEP during 2017 was associated with dramatic reductions in new HIV infections on a state level. This was despite less frequent and less consistent condoms use, including by men who were not directly using PrEP.

The study, by Martin Holt from the University of New South Wales and colleagues was published in Lancet HIV on 6 June, together with a press release, that unfortunately largely focused on reduced use of condoms. [1, 2]

Surveys were distributed online and at social venues and used seven types of sexual activity to categorise HIV risk.

Baseline demographics included mean age 36 ( SD: 12) years with 91% self-identifying as gay (with half having a predominantly gay social network). Ethnicity was 64% white, 11% Asian, 12% other and 3% Aboriginal/Torres Strait Islander. Full- or part-time employment was reported by 80%: 56% had a university degree, 20% a trade certificate and 17% completed year 12 schooling. Number of partners in previous 6 months ranged from 44% reporting 0-5 partners to 19% reporting >20 partners. Just over one-third (36%) reported condomless sex with a casual partner (CAIC). Group sex was reported by 17%, ChemSex (crystal meth) by 14% and an STI in the previous 12 months by 23%.

Over time the cohort became slightly younger, increasingly used the online survey, with particpiants more likely to test if HIV negative (76% within previous 12 months) and were more likely to be on ART with undetectable viral load if HIV positive (77% in 2013 and 94% in 2017).

There were no significant differences in the percentage of HIV negative men in the overall survey who were not on PrEP but had condomless sex with casual partners. This was reported by 30% in 2013, 31% in 2016 and 29% in 2017, with no significant 5-year trend (p=0.52 and 0.37, for insertive vs receptive categories, respectively).

Within this group (ie using this subgroup as a denominator), the percentage of men not using condoms increased from 30% in 2013 to 36% in 2016 and 39% in 2017. However the overall percentage of men broadly using safe sex remained steady at around 70% (whether from use of PrEP, condoms or having positive partners with undetectable viral load).

This led the researchers to comment: “This suggests that rapidly increasing PrEP use was effective in preventing new HIV infections and catalysed or built upon improvements in HIV testing and treatment (which had not previously resulted in large reductions in new diagnoses). The rapid increase in PrEP use seems to have outweighed the rapid decrease in condom use in this early phase of PrEP implementation”.

There are also several important limitations with the study that should caution against interpreting the low use of condoms on a population level.

As an observational study, the observations about use of PrEP and condoms and reduced HIV incidence are associations rather than proven links. Also, the cross-sectional nature of the surveys means that individual behaviour is not tracked or reported over time. The categorisation using any risk might also overestimate individual risk, for example, where single or limited events were taken as representative consistent risk.

First details on the reduced HIV incidence in Australia were also presented earlier this year at CROI. [5]

Unfortunately, Sarah Boseley’s report in the Guardian also chose to focus on reduced condom use, as if reporting from the press release rather than from the research paper and accompanying editorial. [7]  It is both ignorant and misplaced for Boseley to report lower condom use as “complacency” over HIV. It is also wrong for Holt et al to be driving prejudice against PrEP, which are not supported by the reductions in HIV that are noted in their paper.

Consistent condom use is no longer a requirement for reducing HIV incidence in settings where PrEP is widely available, with associated frequent routine HIV testing, and where there is prompt access to effective ART.

In many ways, the reduced use of condoms is a helpful marker that people already feel sex is safer, especially when supported by data reporting reduced HIV incidence. After decades of sex being associated with risk, this is a healthy change.

Clearly, unless an HIV negative person knows that their partners are on ART, the lowest risk for individuals not on PrEP, is to continue to use condoms. This will be more protective than relying on protection from lower levels of HIV on a population levels.

However, the public health concerns discussed in the paper from reduced condom use are probably more important if PrEP use drops again the future, as reestablishing condom use might then become important again.

These results show the possibility of both having CAIC and, if not eating it, then at least remaining HIV negative.

Given the larger population in the UK, and rapid uptake of PrEP in Scotland and Wales, the PrEP IMPACT Study will need to enrol more than 10,000 people if it is to match the promise of its name.