Risk of monkeypox being infectious on hard surfaces and soft materials: guidelines for effective cleaning 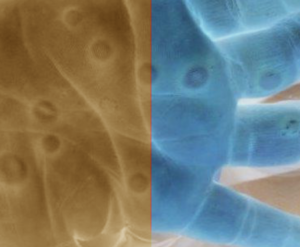 Data on the persistence of monkeypox (MPX) recovered from systematically swabbing surfaces in hospital rooms used for two cases in Germany was identified by PCR and isolated to assess continued infectivity. Results are published as a rapid communication in Eurosurveillance at the end of June. [1]

Numerous swabs were taken from flat surfaces, as well as on fabrics on day four of hospitalisation.

High levels of contamination were reported from a range of surfaces including door handles, soap dispensers, toilet seats, bedding, clothing and gloves used by investigators with up to 100,000 copies/cm2 as well as the successful recovery of monkeypox virus from samples with >1 million copies.

The paper notes that detection of viral DNA is not the same as infectious virus and that the current study does not prove that infection can occur from contact with these surfaces. The results do however show, even from just two cases, the importance of disinfecting shared skin-contact surfaces both by health workers and household contacts.

A literature review from June summarises the efficacy of biocidal agents and disinfectants against the monkeypox virus and other orthopoxviruses. [2]

Results include” “Vaccinia viruses could be inactivated by at least 4 logs in suspension tests and on artificially contaminated surfaces by 70% ethanol (in less 1 minute), 0.2% peracetic acid (less than 10 min) and 1% to 10% of a probiotic cleaner (60 minutes), mostly shown with different types of organic load. Hydrogen peroxide (14.4%) and iodine (0.04% to 1%) were effective in suspension tests, sodium hypochlorite (0.25% to 2.5%; 1 minute), 2% glutaraldehyde (10 minutes) and 0.55% orthophthalaldehyde (5 minutes) were effective on artificially contaminated surfaces.

Copper (99.9%) was equally effective against vaccinia virus and monkeypox virus in 3 minutes. Disinfectants with efficacy data obtained in suspension tests and under practical conditions with different types of organic load resembling compounds of the blood, the respiratory tract and skin lesions should be preferred for the inactivation of the monkeypox virus.”

In early June, the US CDC published detailed information on the persistence of MPX on hard surfaces for several weeks and potentially longer for softer materials such as towels and bedding. [3]

MPX is a Tier 1 virus (large, enveloped, easier to disinfect), with approved disinfectants. Alcohol-based cleaners need to be >60%. The CDC link to a resource of almost 500 chemical compounds commonly approved as disinfectants. [4]

The short concise leaflet covers the importance of cleaning while isolating at home, even if you live alone. This is still the easiest information to read.