HIV after starting ART in detail 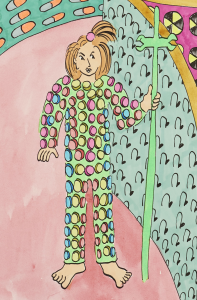 ART begins to work within hours. This is much faster than most people realise. Viral load drops dramatically and quickly in three phases.

First phase – 1 to 2 days: During the first phase, ART blocks replication in short-lived CD4 cells that are actively infected. Because these cells only live for 1 to 2 days, viral load drops by 90% within a few days.

Second phase – 2 to 3 weeks: Over the next couple of weeks, viral load continues to drop, though slightly less steeply. After a few weeks viral load has usually dropped by 99% or more.

Third phase – up to 12 weeks: If viral load is still detectable after a month, it will continue to fall over the next few months, in the third phase. Most people reach undetectable within three months.

The main aim of ART is to get viral load to below 50 copies/mL. This is called undetectable.

Once viral load becomes undetectable, it can stay this low for years. with good adherence, this risk of drug resistance is very low.

When to start ART

Early treatment in the UK