PrEP to be available free in France from January 2016 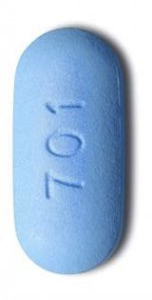 Gilead’s Truvada: not discounted for PrEP use in the UK and not yet available on the NHS.

France is set to be the first European country to provide free PrEP to people at high risk of HIV infection as part of the public health service.

The announcement was made on 23 November 2015 by Marisol Touraine, the French Minister for Social Affairs, Health and Women’s Rights, with free access expected by the beginning of January 2016.

Approval is based on a temporary recommendation (Recommandation Temporaire d’Utilisation, RTU) that covers off-label use for an already approved medicine for up to three years.

The single pill coformulation of tenofovir DF/FTC was approved in the US with an indication for PrEP in July 2012.

The NHS has still to decide when and whether PrEP will be available in the UK. Even if approved, the current timeline for access is unlikely to be until 2017.

This delay has led to increasing use of generic PrEP in the UK, with some NHS clinics now providing the essential support including HIV and HBV testing and renal monitoring. [2]

PrEP is not expensive and if prescribed to people at highest risk of HIV it is considerably cheaper than lifelong treatment.

The PROUD study report reported an NNT of only 13 (number needed to treat to prevent one infection) and showed that it is possible in the UK for doctors to accurately identify people whose risk would support this benefit. [3]

Critically, the cost of PrEP to the NHS will dramatically fall when tenofovir comes off patent in 2017.

In the meantime, many community organisations are publicising how to access generic PrEP for less than 90% of the current price to the NHS. [4, 5] This reduces the cost of daily PrEP to about £45 per month – and significantly lower for someone using event-based dosing.

Questions to the i-Base Q&A service cover how and where to buy PrEP online, information on daily dosing and other options and the important of testing and monitoring, preferably at an NHS clinic. [6]