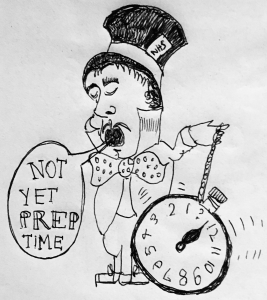 UK: Not yet time for PrEP

After almost a year of turmoil, requiring NHS England to face court challenges for what has now been proven to be an illegal decision to block access to PrEP, a new press statement still fails to allow a single doctor to protect the health of their patients by prescribing PrEP based on clinical need. [1]

Instead, a press release issued at one minute past midnight on Sunday 4th December, detailed plans for further delays. Foremost of these was a promise of funding for a study that is dependent on drug manufacturers meeting unspecified prices for their products, and speculation that this may or may not be possible.

It is difficult to be impressed with this compromise. Rather than meet the real need of people currently at highest risk, it will further delay access to an option to prevent HIV transmission that has clearly passed the criteria for safety, efficacy and effectiveness laid out for other NHS treatments. PrEP has not only been available in the US since July 2012, but has been part of a strategy to overcome the HIV pandemic recommended in guidelines from the World Health Organization since 2015. [2]

By deferring to a need for further research, but without being able to identify key scientific questions that remain unanswered, the plans are intellectually dishonest.

Instead, in addition to any research, the proposals should have included the ability for doctors who are already experts in managing sexual health to assess individual risk, and prescribe PrEP, even if access to PrEP remained capped or restricted. For example, after many delays, the NHS eventually approved access to the latest effective treatments for hepatitis C, though later capping access.

Two examples that have previously been used to explain the urgency of access to PrEP are worth repeating. [3]

In the two examples above, based on the new NHS plans, a doctor can say: “you might be able to join a study in six months, but only if you access care at one of a limited number of research centres and if you feel sufficiently engaged and supported to attend additional clinic visits and fill in questionnaires about your sex life and risk”.

If someone has a life that is more chaotic, for example if they have issues relating to substance use, or if they have limited free time due to restrictions at work, they will likely be excluded from the research anyway. This is despite these very issues increasing the need to have alternative options to protect against HIV.

The clinical research that is essential for proving safety and efficacy has already been sufficiently rigorous for both the US and European regulatory agencies to approve PrEP.

The UK PROUD study also contributed to a large body of growing research showing that PrEP often also leads to behavioural changes that lower a person’s risk of HIV. PrEP therefore achieves a double effect: it directly protects against HIV when at risk and also helps people be more confident in negotiation risk.

Proposing further research raises a major limitation that studies generally recruit participants who are not reflective of either the general population or the population at highest need.

For example, the circumstances needed to take part in a research study rarely ensures that trial participants reflect the diversity of gender, class, race, education, geographical proximity to a large city and economic status. By definition, research studies therefore usually underrepresent communities for whom equity of health care should instead be paramount. And risks of HIV transmission often directly correlate with issues of social exclusion listed above.

So the hush-hush “important new plans” released in the early hours of Sunday morning are not an optimistic advance. These proposals fudge the clear community demand for immediate access to effective treatment.

Instead, they create additional hurdles to access based on spurious claims for a need for further evidence, that in turn effectively blocks access for many of the people most in need. It is also extremely strange that NHS England tactfully chose to release this news in the early hours of Sunday morning when many people are likely to be at highest risk.

Notes: PrEP stand for Pre-Exposure Prophylaxis. In the context of HIV this currently involves using a co-formulation of two widely used HIV drugs to protect against HIV transmission. If taken when needed – either daily, or in some circumstances only when at risk – PrEP reduces the risk of transmission by more than 99%. More information about PrEP is included in a multi-organisation UK guide to PrEP, available online. [4]

The proposed study is unlikely to enroll before August 2017.