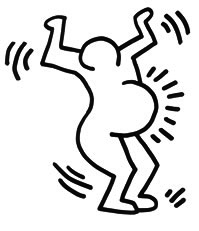 Two expert groups have announced that they do not support BMJ Rapid Recommendations favouring a zidovudine and lamivudine-based ART regimen over one that includes tenofovir and emtricitabine in HIV positive pregnant women.

The guideline was informed by a systematic review, but the conclusion relies on the results of the PROMISE study. [3] The authors of the review, Siemieniuk et al, note: “The evidence for a likely increase of early premature delivery and neonatal mortality with tenofovir and emtricitabine comes mostly from a single study”.

Although several large observational studies do not support this recommendation, nor do previous systematic reviews [4–7], Siemieniuk et al did not consider this evidence to be of sufficiently high quality to inform their recommendations.

The PROMISE investigators swiftly submitted a response to the BMJ disagreeing with the Siemieniuk interpretation of their data, stating: “We are the primary authors of the PROMISE study cited as the evidence for the recommendation in this paper; we disagree with the final conclusion based on our data.” [8]

The BHIVA pregnancy guideline writing group also published a response on the BHIVA website in which they write: ‘We do not support the BMJ recommendations “ART in pregnant women living with HIV: a clinical practice guideline”. [9]

The study was enrolled during two periods. The comparisons with TDF-ART were made in women who were randomised between the three study arms, in the second period of the study.

During the first year and a half of enrolment (when 65% of participants enrolled) only hepatitis B (HBV)-coinfected women were randomised to TDF-ART vs AZT-ART vs AZT-alone.

Only after a protocol modification, in the second year and a half of enrolment (when 35% of participants enrolled), were all participants randomised to all three arms, irrespective of HBV. As a result, PROMISE only compared TDF-ART with AZT-ART or AZT-alone in the second period of the study.

Notably there was no significant difference between the TDF-ART and AZT-alone arms in very preterm delivery (6.0% vs 3.2%, p=0.10) or early infant mortality (4.4% vs 3.2%, p=0.43). There was also an imbalance in neonatal deaths in the AZT-ART arm: 88% (15/17) of which occurred during the first period of the trial and the remaining 12% during the three-arm comparison. So, it might be that the AZT-arm had artificially low rates of both events and not that the TDF-ART arm had increased the risk.

It is also important that the ART regimens used in PROMISE were LPV/r-based and the investigators noted that there are inconsistent findings on the association of PI-based ART and preterm delivery.

As well as this, LPV/r was given with a dose increase during the third trimester to 600/150 mg twice daily (standard dose is 400/100 mg twice daily) in PROMISE to overcome decreased plasma levels in late pregnancy. A potential explanation for the differences seen might be a pharmacokinetic interaction between LPV/r and TDF resulting in increased plasma and intracellular levels of tenofovir.

The investigators emphasised that because the study only included PI-based ART, data could not be generalised to TDF-based ART in regimens with other classes of ARVs such as the efavirenz (EFV)-based ART regimen currently recommended in pregnancy by the WHO.

In their response, published in BMJ Open on 19 September, the PROMISE investigators stress that they did not analyse stillbirth with early neonatal death in their study. [8] They note that: “Contrary to the authors’ statement, the pathophysiology of stillbirth and early neonatal death are not necessarily the same and hence the PROMISE team did not feel it was appropriate to combine these endpoints”. They add that the rates of spontaneous abortion and stillbirth were not significantly different between the three arms.

They suggest that both ART regimens might be associated with preterm delivery, with AZT-ART increasing this between 34–36 weeks and TDF-ART possibly increasing very preterm delivery <34 weeks. But the PROMISE investigators were not willing to draw a definitive conclusion from these data.

They also note that the AZT-ART arm appeared to have a very low rate of infant mortality during the second period of the study when it was compared to TDF-ART.

And they raise concerns about potential pharmacokinetic interactions between LPV/r and TDF.

Overall the PROMISE investigators felt it was inappropriate to use their study to make definitive conclusions on use of TDF-ART in pregnancy. They emphasise again that, as the study only included PI-based ART, it cannot be generalised to TDF-ART with third agents such as the widely used and recommended EFV-based regimen.

They note the recent study by Zash et al from Botswana, which compared birth outcomes, including preterm delivery and neonatal death, among HIV-positive women. [7] In this study, all other ART regimens (including AZT/3TC/LPV/r) were associated with higher risk of adverse outcome; increased risk of preterm birth, very preterm birth and neonatal death than EFV/TDF/FTC.

The BHIVA recommendation, published on 21 September 2017, is to continue or to start TDF or ABC with FTC or 3TC as an NRTI backbone in pregnancy. [9]

The statement also addresses the use of TDF/FTC as PrEP saying: “We do not think this data should influence use tenofovir/emtricitabine for pre-exposure prophylaxis in women of child-bearing potential”.

The BHIVA group notes that that UK guidelines do not recommend the use of LPV/r for the treatment of HIV in adults, including pregnant women, and certainly not at the higher dose used in the third trimester in PROMISE.  They also explain that PROMISE looked at outcomes in women starting ART. Most women in UK will conceive on ART, most commonly with TDF/FTC backbone and PROMISE does not address that group.

As both arms received LPV/r the BMJ panel suggest that TDF/FTC is the cause of the difference. The BHIVA group also highlight data showing increased levels of both drugs when co-administered at standard doses.

They cite the Zash et al study that included 11,932 HIV positive women, where preterm birth, very preterm birth, small and very small size for gestational age, stillbirth, and neonatal death were evaluated. In this large cohort, the risk for any adverse or severe adverse birth outcome was lowest among infants exposed to TDF/FTC/EFV, and the highest risk of adverse outcomes with observed in women receiving LPV/r-based regimes.

As well as the recommendation to continue or start TDF or ABC with FTC or 3TC as the NRTI backbone (Grading: 2C), BHIVA recommend that the third agent should be one of the following: EFV, raltegravir, rilpivirine, ritonavir-boosted darunavir or ritonavir-boosted atazanavir, as recommended in BHIVA adult treatment guidelines.

On PrEP they add: “the group does not think this data should influence decisions to use tenofovir/emtricitabine for pre-exposure prophylaxis in women of child-bearing potential”.

Both the PROMISE investigators and the BHIVA group responses clearly disagree with the BMJ panel. Both responses explain their reasons and are worth reading in full.

A few other things are notable in the Siemieniuk et al review.

Firstly, Siemieniuk et al emphasise the trustworthiness of their findings a couple of times: “Our approach contrasts with a prior effort that pooled randomised controlled trials (RCTs) with far less trustworthy observational studies” and “The BMJ Rapid Recommendation initiative attempts to provide timely, unconflicted and trustworthy recommendations for clinical situations where new evidence might change practice”. It is not clear if they are implying that previous systematic reviews, the conclusions of the WHO and other guideline panels are then conflicted and untrustworthy.

Secondly, both the PROMISE and BHIVA responses acknowledge that observational data generally produce a lower grade of evidence compared with data from RCTs. But the PROMISE investigators rightly point out that it is improbable that there will be other RCTs and there have been a number of observational studies suggesting that TDF-ART is safe in combination with NNRTIs. But Siemieniuk et al conclude that TDF might not be safe based on one RCT with that is difficult to interpret as noted by the PROMISE investigators.

In their discussion of the Nachega et al systematic review (the “prior effort” above), Siemieniuk et al say that it “assumed equal credibility in randomised and observational studies” and “pooled RCTs and observational studies which, given the much higher certainty associated RCTs, we consider inadvisable and, indeed, inappropriate”. [6] But Nachega et al explain in their methods that they assessed the quality of evidence using the GRADE approach which considers the difference between observational data and RCTs.

Thirdly, Siemieniuk et al also state that other studies have found “that TDF-based cART regimens are safe for women and their infants.” But neither of the studies they mention – Nachega et al and Mofenson et al – draw an unqualified conclusion that TDF is safe. [5, 6] Both discuss PROMISE and the potential problems with interpretation. They respectively conclude: “TDF-based ART in pregnancy appears generally safe for women and their infants.

However, data remain limited and further studies are needed, particularly to assess neonatal mortality and infant growth/bone effects.” And: “Although additional surveillance is important, given the available safety data, the benefits of PrEP use for prevention by pregnant/lactating women at high risk of HIV acquisition (and its accompanying increased risk of mother to child HIV transmission) appear to far outweigh the potential risks of foetal, infant and maternal TDF exposure.”

Finally, the selection of studies in non-pregnant adults by Siemieniuk et al seems strange given the changes in maternal physiology that occur in pregnancy and the potential to alter absorption, distribution, and elimination (and in turn toxicity) of antiretrovirals.

Most problematic is the inclusion data from studies that included mostly men (using an endpoint of 26 weeks after enrolment to approximate the timeline of a woman starting ART in the second trimester).

It makes for curious reading of analyses of “maternal” clinical and laboratory adverse events when three out of four RCTs were conducted in non-pregnant adults.

Far from being trustworthy, the BMJ paper used inappropriate methodology to produce recommendations that would likely produce harm.