Press-released before the results were presented in full, CROI 2018 highlighted the importance of cure research with results from a proof-of-principle study in macaques showing that treatment with broadly neutralising antibodies (bNAbs) might play a role in key stages for an HIV cure.

These are early results, and these are animal data, but they are encouraging for showing a delay in viral rebound in half the animals after stopping SHIV treatment, with significantly slower rates of viral rebound and to lower levels. 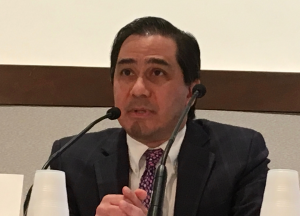 The study involved infecting 44 rhesus macaque monkeys with SHIV, and treating them with daily ART (dolutegravir/TDF/FTC) from day seven (during acute infection) for two years. The animals were then randomised to one of four groups (each n=11):

ART was then discontinued 16 weeks after the last intervention and viral load monitored.

PGT121 antibody levels were detected throughout treatment and SHIV DNA was significantly lower in the dual vs placebo animals (p=0.004), but became undetectable (in blood, lymph nodes and colorectal tissue) eight weeks before ART was stopped.

Additional details on this study are included in press releases from NIAID who sponsored this study and Gilead who are developing GS-9620. [2, 3]

Table 1: Responses after stopping ART in placebo vs dual arms

These results show that bNAbs can significantly impact viral dynamics when ART is started in acute infection and later discontinued. The researchers stressed however that these are very preliminary results in relation to an HIV cure.

The mechanism for the impact observed on viral dynamics is not well understood. Importantly, these compounds stimulate general CD4 responses, rather than specifically targeting HIV-infected cells in the reservoir.

Also, it is uncertain how results obtained against the lab-created SIV-HIV chimeric virus SHIV-SF162P3 (which has mostly been used for prevention experiments) will translate to HIV in humans.

Several research groups are leading interventions using bNAbs with potential for prevention (PrEP and vaccine strategies) and treatment. While current bNAbs have interesting though limited application, development of more potent and broad compounds are expected and use in combinations provides exciting potential for future research.