Two studies with implications for cure research were included in the CROI 2018 press conference on Sunday, with full presentations on Tuesday. Both support the idea that ART reaches everywhere in the body that it needs to, and that residual ongoing HIV replication comes from HIV infected cells that were archived before ART was started.

The first, summarised by Mary Kearney from the US NIH, Maryland, looked at whether viral evolution occurs in the context of suppressive ART in both plasma and lymph nodes. [1] 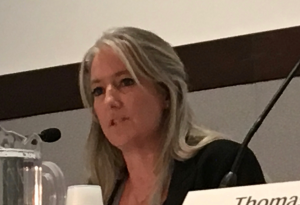 This question is important for cure research, to know whether the latently infected cellular reservoir is a fixed or moving target. Other groups have produced supportive evidence that this is likely including a paediatric study by Lisa Frenkel in 2005 showing no viral evolution in a group of children with undetectable viral load. [2]

The current study is notable for prospectively collecting matched PBMC and lymph node samples before ART and again after 4.3 to 12.9 years. It involved five participants, with two provided lymph nodes (an invasive procedure). The participant on ART for 13 years started ART during acute infection.

Overall, analysis of 176 samples from PBMCs and 234 from lymph nodes, showed no increase in branch length, diversity, or divergence from pre-ART plasma or PBMC due to ongoing viral replication in either location. The results elegantly showed exact matching between HIV from paired plasma and lymph samples showing that there was no evidence of differences between compartments with identical proviral sequences at both sites.

This led the researchers to conclude that their findings were not compatible with a theory that the reservoir was maintained by ongoing active replication in either PBMCs or lymph nodes during suppressive ART. 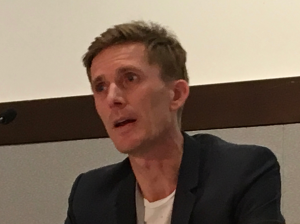 The second study, presented by Thomas Rasmussen from Aarhus University Hospital, Denmark looked at whether intensification of suppressive ART with dolutegravir could further reduce viral replication. [3]

Again, this is an issue that has been looked at by many other research groups, including by Frank Maldarelli in 2008 using PIs and NNRTIs to intensify ART and by Steve Deeks in 2011 using the integrase inhibitor raltegravir (also looking at gut tissue).

The study at CROI 2018 randomised 40 HIV positive adults who had been on suppressive ART for at least three years to add either daily dolutegravir (50 mg) or matched placebo for 56 days.

There were no differences between groups for the primary outcome of level of 2-LTR circles at day 7 (p=0.17), or at any other timepoint. Median (IQR) fold-change from baseline to day 7 in 2-LTR circles was –0.17 (–0.90 to +0.90) and –0.26 (–1.00 to +1.17) in the in the dolutegravir and placebo groups, respectively. There was no consistent difference  in the levels of cell-associated unspliced HIV RNA, total and integrated HIV DNA on a single copy assay, T -cell activation markers or plasma levels of sCD14, d-dimer, IL-6 or hs-CRP. However, PD-1 expression in CD4 cells declined slightly after 56 days in placebo recipients compared to dolutegravir (p=0.03).

These researchers also concluded that this data supported a lack of ongoing residual viral replication in people on suppressive ART.

However, Daniel Rosenbloom and colleagues suggested that duration of ART needs to be longer than one year and that earlier sampling can produce false signals of ongoing replication. This group instead also concluded that ART effectively stops ongoing HIV replication in lymph tissue. [7]