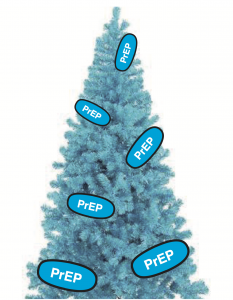 At the end of December, several leading London sexual health clinics used social media to report significant drops in number of gay men who were diagnosed HIV positive during 2016.

These preliminary data are based on early reviews. A similar number of tests were run each year and a similar number of STIs were reported for each period. This suggests that increased use of PrEP together with early diagnosis and early ART are likely to explain much of the drop.

The following day, using Twitter, the Mortimer Market Centre reported a 50% drop in HIV diagnoses from January to September 2016 compared to figures from the previous year and Homerton Sexual Health services reported a 40% reduction. [2, 3]

If confirmed, these results would be unprecedented: for the last 15 years, annual UK HIV incidence in gay men has either been stable or steadily increased. The lack of change in STI rates during 2016, indicates that decline in HIV is not from changing sexual behaviour linked to HIV risk but more likely to be related to increased protection against HIV specifically – notably from PrEP and earlier use of HIV treatment.

The Dean Street clinic, accounts for approximately half of HIV diagnoses in gay men in London, reported that 50% of their cases were in men who were recently infected (within four months). This is when someone is most infectious and early treatment (now routinely offered at the clinic) dramatically reduces transmission risk to close to zero.

PrEP is more than 99% effective when taken as either a daily or on-demand dosing. Greater access to PrEP during 2016 makes the reports of reduced HIV incidence seem more than just a coincidence. Early diagnosis and early treatment are likely to have had just as much impact.

Over the same period NHS England blocked all attempts to provide PrEP and, by wanting further research, now proposes to further delay when doctors might be able to prescribe PrEP by at least another three years. [10]

NHS England still stubbornly sticks to a commissioning guidelines that HIV treatment should be delayed for years until significant immune damage has occurred. Luckily, HIV treatment can be prescribed if a someone wants to reduce the risk to their partners.

These results are more significant than those produced by any prospective UK HIV reduction programme this century.

That this was largely accomplished without formal support from NHS England – these clinics developed their own programmes – should force a national change in approaches to sexual health.