PrEP approved in Scotland but not in Wales 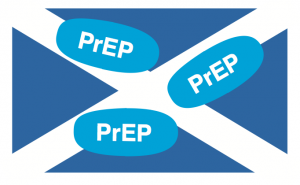 On 10 April 2017, the Scottish Medicines Consortium announced that PrEP has been approved for prescription by the NHS in Scotland. [1]

Pre-exposure prophylaxis (PrEP) in this context refers to a single pill containing emtricitabine/tenofovir DF (tradename Truvada). The indication is for preventing HIV transmission in people at high risk of HIV.

The announcement noted that patient groups had “highlighted that current prevention methods have not managed to reduce the spread of HIV in Scotland over the last ten years.”

Details for availablility and prescribing details are still being confirmed but access to PrEP is expected to be available within the next month.

On the same day, NHS England sent an email update about the proposed PrEP Impact Trial. This study will enrol 10,000 people over three years who are at high risk of HIV. It is planned to include more that 200 level-3 STI clinic sites and will start sometime in summer 2017.

NHS Scotland and the advocacy organisations that supported this application are to be congratulated. Enabling doctors to prescribe PrEP to people at highest HIV risk is the right decision.

The decision highlights the lack of provision by the NHS England and the current block against any doctor prescribing PrEP irrespective of their patients needs. [2]

The data supporting safety and efficacy of PrEP is overwhelming. PrEP clearly works and is already linked to fewer HIV infections in several London clinics where people are using generic PrEP. [3]

Even if access is limited in Scotland until generic PrEP becomes available at a dramatically lower price, this new approval will significantly improve healthcare for people directly affected.

On 26 April, NHS Wales decided not to approve PrEP, although the National Assemby for Wales can override this decision. Instead however, a press statement from the All Wales Medicines Strategy Group (AWMSG) refers to a proposed three-year PrEP study. [4]